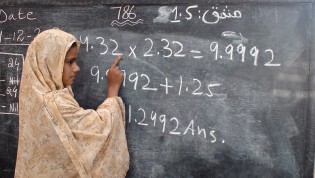 By Valentina Ieri
Speaking from the United Nations Headquarters in New York on Wednesday, the U.N. Special Envoy for Global Education, Gordon Brown, defined 2015 as the year to end violations of the rights of the children worldwide.

By Gordon Brown
Next Monday, after more than two months of public anger against the rape of a young Indian student, the Indian Parliament will consider new legislation to toughen up judicial and police provisions addressing violence against women.

By Gordon Brown
Less than two weeks after being left for dead by the Taliban, Malala Yousafzai is standing up on her own two feet.
ADVERTISEMENT ADVERTISEMENT