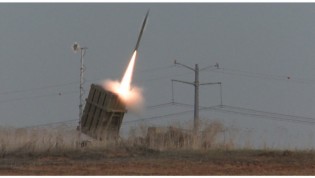 By Pierre Klochendler
Ending Israel’s first military operation since the Arab Spring changed the Middle East depended on both the diplomatic blitz exerted on Israel and Hamas and the extent of the military blows exchanged between them. As for Prime Minister Benjamin Netanyahu, the ceasefire must live at least until his re-election.
ADVERTISEMENT ADVERTISEMENT