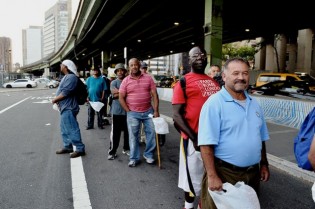 By Carey L. Biron
A United Nations panel reviewing the U.S. record on racial discrimination has expressed unusually pointed concern over a new pattern of laws it warns is criminalising homelessness.

By Matthew Charles Cardinale
Even as thousands of families in the United States remain homeless due to a lack of affordable housing, millions of units are sitting empty across the country, including foreclosed single-family homes, foreclosed or vacant condominium units or entire condo buildings, and vacant high-priced apartments.
ADVERTISEMENT ADVERTISEMENT