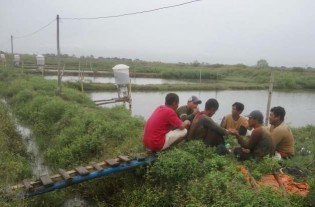 By Kanis Dursin
In West Jakarta, Indonesia, teachers at the private Santo Kristoforus High School are so environmentally conscious they make other schools seem a little bit green when it comes to environmental education.

By Eve Schram
If you want to make your developing country more attractive for foreign investors, try signing bilateral investment treaties (BITs) with rich countries. With these treaties countries promise to look after each others' investors.

By Sandra Siagian
Every afternoon, Wahyu sets up his wooden food cart by the side of a busy road in Central Jakarta to sell sweet buns, known as ‘bakpao’, to people passing by. In a good month, the street vendor can make around 800,000 rupiah, which amounts to roughly 62 dollars.
Next Page »
ADVERTISEMENT ADVERTISEMENT