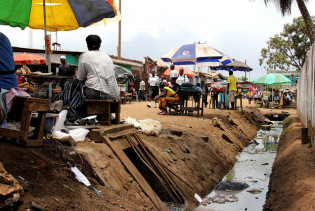 By Thalif Deen
When the General Assembly unanimously adopted the Millennium Development Goals (MDGs) back in 2000, water and sanitation were reduced to a subtext - never a stand-alone goal compared with poverty and hunger alleviation.

By Carey L. Biron
The Nepali government is receiving significant national and international blowback for a draft ordinance that rights groups, including ones in the United States, say would allow for a widespread amnesty for some accused of human rights and other abuses perpetrated during Nepal's decade-long civil war.
ADVERTISEMENT ADVERTISEMENT