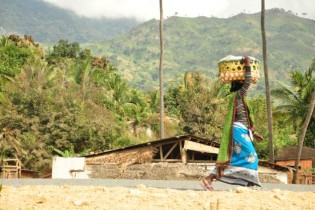 By Mariam Mayet, Stephen Greenberg and Linzi Lewis of the African Centre for Biodiversity
Africa is facing dire times. Climate change is having major impacts on the region and on agriculture in particular, with smallholder farmers, and especially women, facing drought, general lack of water, shifting seasons, and floods in some areas.

By Tharanga Yakupitiyage
It is time to rise up and fight a long neglected taboo: menstruation. Marking International Women’s Day, United Nations human rights experts called on the international community to break taboos around menstruation, noting its impacts on women and girls’ human rights.

By Isabelle Arradon
Women human rights defenders around the globe are facing heightened threats of violence and repression. Sometimes they are targeted for being activists, and sometimes just for being women. World leaders should do much more to secure space for women’s safe participation in public life.

By Ibrahim Thiaw
Science and technology offer exciting pathways for rural women to tackle the challenges they face daily. Innovative solutions for rural women can, for example, reduce their workload, raise food production and increase their participation in the paid labour market. But even the very best innovative, gender-appropriate technology makes no sense without access to other critical resources, especially secure land rights, which women in rural areas need to flourish.

By Sarah Rayzl Lansky
On March 8, women all over Cameroon will don custom-made dresses sewn of pagne, specially printed for International Women’s Day. They will parade through cities and towns, joining women around the world in celebration of the day.

By Maureen Kangere
Bakera excelled in school. As a girl who grew up in a rural, poor community, she had, against all odds, realized her education goals and was elated to go to the capital city, Kampala where she would now work.

By Nana Darkoa Sekyiamah and Ana Ines Abelenda
The theme for International Women’s Day this year doesn’t resonate with us. #BalanceForBetter brings to mind slow gradual change, and assumes that if you provide women and girls with equal access then the society will automatically be better. We know that’s false.

By Shiwani Neupane
Pamela Phillipose was editor of the Women’s Feature Service, the only syndicated news service in India with a gender perspective, for nearly six years, until she stepped down this year as editor in chief and director. She wore other hats for the publication as well, writing and photographing.

By Leire Gurruchaga Iraola
The data – with its sexism and its gaps – shows us that many of the barriers girls experience are determined merely by their gender. This inequality, present in all societies, is by far the most widespread bias. At Educo we are determined, like the women and girls we work with, to put a stop to this injustice. And not just on International Women’s Day March 8, but every day.

By Christine Lagarde
March 8 marks International Women’s Day, which provides a chance to reflect on the struggle for greater gender equality. The roots of this annual event reach back more than a century, yet its focus on respect and opportunities for women remains strikingly relevant today—from sexual harassment and violence to unequal laws and unfairness in the workplace, where women are too often underemployed, underpaid, and underpromoted.

Education Key to Gender Equality in Asia & the Pacific

By Armida Salsiah Alisjahbana
Equal rights have been demanded and promised for generations, but last year a shift occurred in the women’s movement. Across Asia and the Pacific and around the world, women demonstrated to condemn a status quo which continues to deprive too many women and girls of respect and equal opportunity.

By Thalif Deen
The United Nations, which prides itself with a “zero tolerance” policy on sexual exploitation and abuse, has come under relentless fire for failing to match its words with deeds—specifically in relation to some of the high-profile cases that have jolted the Organization.
ADVERTISEMENT ADVERTISEMENT