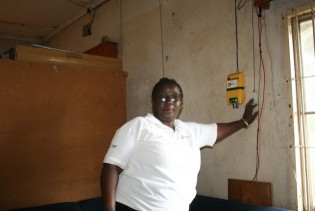 By IPS World Desk
“The women’s movement has brought about tremendous change but we must also recognise that progress has been slow and extremely uneven and that it also brought its own challenges,” warned the UN High Commissioner for Human Rights Zeid Ra’ad Al Hussein.

By Thalif Deen
The United Nations has frequently been accused of vociferously preaching gender empowerment and women’s rights to the outside world -- but failing miserably to practice what it preaches in its own political backyard.

By Zebib Kavuma
This year as the world commemorates International Women’s Day it is a time for all of us to celebrate and reflect on the progress made on Women’s rights globally. But more importantly, a day to call for an end to gender inequality in all its forms especially in the work spaces. Appropriately themed “Women in the Changing World of Work: Planet 50-50 by 2030” the commemoration comes against a backdrop of a world that is undergoing major changes with significant implications for women.

By Qazi Kholiquzzaman Ahmad
The year 2015 was highly significant in relation to global convergence on ways forward towards achieving sustainable development at local, national, regional, and global levels.

By Margot Wallström
Lately, the world has tended to present itself in increasingly darker shades. In many places, democracy is questioned, women’s rights are threatened, and the multilateral system that has taken decades to build is undermined.

By Stella Paul
On a summer morning in 2008, Magan Kawar decided to leave her village for a job. The very next day, her parents-in-law excommunicated her.

By Robert Watkins
The world of work is changing for women across the globe and Bangladesh is no exception. Factors such as globalization, advancement in technology, and the digital revolution have ushered in new ways for women to enter into work. The theme for the International Women’s Day, 8 March, 2017, focuses on “Women in the Changing World of Work: Planet 50-50 by 2030” under which gender parity in the workforce is the critical prerequisite for inclusive and sustainable economic growth.

By Akinwumi Adesina
International Women's Day (IWD) is an important opportunity to celebrate the achievements of women and to be bold in promoting gender parity.

By Lilianne Ploumen
In South Asian societies, as elsewhere, it is all too common for women to be held back, time and again Women's potential remains largely untapped - which is not only morally wrong, but also economically unwise. According to recent projections, harnessing women's full potential throughout South Asia would increase GNP by more than half by 2025. In absolute terms, women could earn countries in South Asia an additional 400 billion dollars in the next ten years! clearly, women hold the key to economic success for South Asia: their empowerment can fuel further development. The Netherlands has invested substantially in the economic empowerment of women in this region. Our successes, achieved in collaboration with many stakeholders, show what can be achieved if we keep up these efforts.

By IPS World Desk
Women across the globe are facing new threats, which risk dismantling decades of hard-won rights and derailing the effort to end extreme poverty, an international confederation of civil society organisations has revealed ahead of International Women’s Day on March 8.

By Tharanga Yakupitiyage
Human rights groups have expressed concern for the future of global negotiations on women’s rights in a climate of restrictive policies ahead of an upcoming annual UN meeting on the status of women.
Next Page »