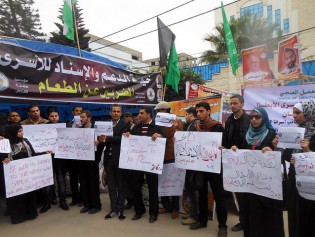 By Jim Lobe
In what looks to be a clear victory - at least for now - for President Barack Obama, a major effort by the Israel lobby and its most powerful constituent, the American Israel Public Affairs Committee (AIPAC), to pass a new sanctions bill against Iran has stalled in the U.S. Senate.

By Jim Lobe
This week’s introduction by a bipartisan group of 26 senators of a new sanctions bill against Iran could result in the biggest test of the political clout of the Israel lobby here in decades.

By Jim Lobe
With Congress still deliberating over Barack Obama’s request for authorisation to take military action against Syria, the powerful Israel lobby here has taken the lead in pressing the president’s case.

By Mitchell Plitnick
The Oslo peace process has failed and Europe must take stronger leadership in the Middle East, according to a distinguished group of former European leaders that is pushing for a stronger and more independent European stance on the Israeli occupation.

By Jim Lobe
If former Defence Secretary-designate Sen. Chuck Hagel’s lacklustre performance at his confirmation hearing Thursday heartened neo-conservatives and other hawks opposed to his nomination, those who argued that the Israel lobby has been exerting too great an influence on U.S. foreign policy were ecstatic.
ADVERTISEMENT ADVERTISEMENT