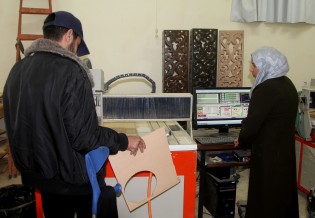 By Rachel Williamson
The group of buildings near Tahrir Square could be modern campus-style office space anywhere. It’s hard to believe that just outside the heavy steel gates lies downtown Cairo, the noisy, polluted and now troubled heart of Egypt.