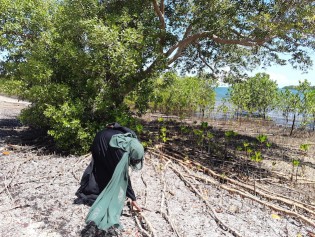 By Info Nile
The damming of Kenya's River Tana and the environmental degradation upstream, has reduced the amount of silt and water reaching the Tana River Delta over time. Hence the sea has been pushing further and further inland unhindered, jeopardising livelihoods.

By Busani Bafana
A maths and physical science teacher from an impoverished  school in Kenya’s Rift Valley, Peter Tabichi, has won the one million dollar Global Teacher Prize, becoming the first teacher from Africa to clinch the prize established to honour the profession.
Next Page »
ADVERTISEMENT ADVERTISEMENT