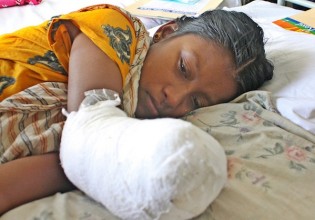 By Mario Osava
A year after workers' riots that brought work on the Jirau hydroelectric dam to a halt for months and forced the government and companies to engage in national negotiations to improve labour conditions in the construction industry, another strike has caused tension again in the dam construction project in northwest Brazil.
ADVERTISEMENT ADVERTISEMENT