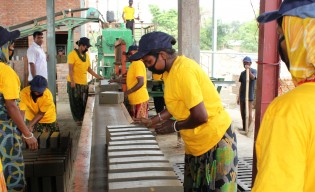 By Mustapha Dumbuya
When the verdict against Liberia’s former President Charles Taylor for war crimes in Sierra Leone is handed down on Thursday, it will be of no help to the many former combatants of the country’s brutal civil war who have not been reintegrated into society. Instead, they will continue to pose a threat to Sierra Leone’s future stability.
Next Page »
ADVERTISEMENT ADVERTISEMENT