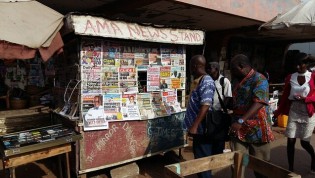 By Antonio Vigilante
As the Ebola crisis continues to take a toll on people’s lives and livelihoods in West Africa, the focus is increasingly not just on the health aspects of the crisis, but also on its social and economic consequences.
Next Page »
ADVERTISEMENT ADVERTISEMENT