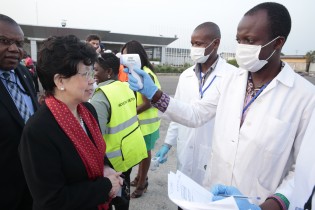 By Lyndal Rowlands
Health problems increasingly transcend the borders of the World Health Organization’s 194 member states, a challenge which the six candidates vying to lead the global body must address with care.