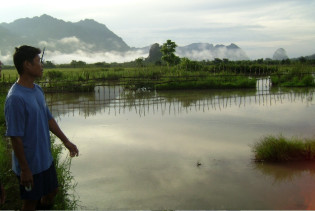 By Lawrence Del Gigante
The Cambodian government has committed to the construction of two dams along the Mekong River in order to meet a huge demand for electricity, but environmental groups warn that severe repercussions loom for this strategy.
ADVERTISEMENT ADVERTISEMENT