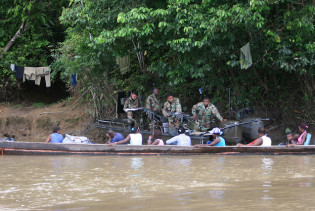 By Edgardo Ayala
“It’s awful to see people who are criminals treated as heroes,” said Dorila Márquez, one of the survivors of the El Mozote massacre committed by Salvadoran army troops in December 1981.
ADVERTISEMENT ADVERTISEMENT