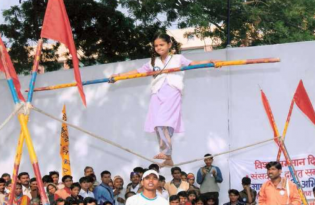 ‘Getting Worse for Minorities in Pakistan’

By Isolda Agazzi
Since the restoration of democracy in 2008, Pakistan has undertaken steps to uphold human rights, but the situation of minorities has only worsened, according to a group of NGOs. Dalits are in the worst state, facing both religious and social discrimination, they say.

By Mel Frykberg
“The human rights situation in Libya now is far worse than under the late dictator Muammar Gaddafi,” Nasser al-Hawary, researcher with the Libyan Observatory for Human Rights tells IPS.

By Amantha Perera
If you hold a Pakistani or Afghan passport, be prepared for an unusually lengthy immigration process on entering neighbouring Sri Lanka. Immigration authorities in the island tell IPS they have set up special procedures to check passengers from these two countries.

For Minorities in U.S. Public Schools, Risk of a Dismal Future

By Stephanie Parker
As the United States struggles to level the racial disparities in its education system, the birth rate of minorities has been rising steadily. Experts say this confluence of statistics should compel Americans to seriously address the flaws and failures of the country's public education system.
ADVERTISEMENT ADVERTISEMENT