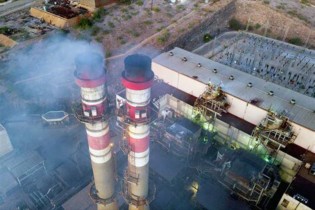 By Marcela Valente
The enthusiasm of the government and oil and gas companies over Argentina’s unconventional fuel potential has come up against fierce opposition from communities living near the country’s shale gas reserves and environmental organisations.

By Carey L. Biron
Environmentalists and others here are reacting with concern to a surprise announcement on Monday of a major deal that would see U.S. natural gas exported to the United Kingdom, marking the first time that such sales have been permitted.

By Carey L. Biron
An international coalition led by the World Bank is calling for state-backed and private oil producers to reduce “gas flaring” by an additional 30 percent over the next five years, saying that doing so would be equivalent to taking 60 million cars off of the roads.

By Carey L. Biron
If a series of "golden rules" can be followed, a new report from the International Energy Agency (IEA) suggests, global natural gas usage could grow by more than 50 percent by 2035.
ADVERTISEMENT ADVERTISEMENT