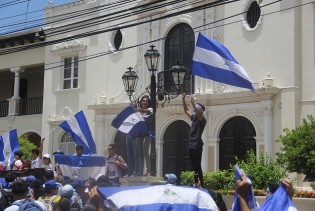 By José Adán Silva
Nicaragua, the Central American country with the most abundant water sources, and where water – “agua” in Spanish – is even part of its name, is suffering one of its worst water crises in half a century, fuelled by climate change, deforestation and erosion.
Next Page »
ADVERTISEMENT ADVERTISEMENT