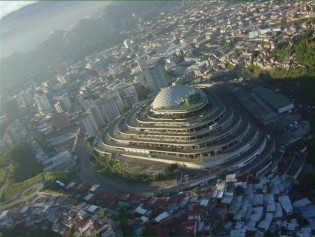 By Humberto Márquez
Fifteen dead, dozens injured, some 500 arrested and denunciations of torture, illegal repression by security forces and irregular groups and attacks on the press are the fruits of over two weeks of political confrontation in the streets of some 30 Venezuelan cities.

By Humberto Márquez
Violence on the streets of Venezuela, with anti-government protests in the capital and 12 other cities, is a sign of hardening stances by both the government and its opponents as President Nicolás Maduro takes a trial-and-error approach to the economy in crisis.

By Humberto Márquez
A Venezuelan government decree to control information and “internal and external enemy activity” appeals to concepts of the national security doctrine, which various right-wing military dictatorships in Latin America invoked in the 1970s and 1980s.

By AJ Correspondents
The United States has expelled Venezuela's chargé d'affaires and two other diplomats in Washington in reprisal for the expulsion of three U.S. diplomats from Caracas, both countries said late Tuesday.

By Humberto Márquez
The political polarisation in Venezuela became even more marked as the country emerged from Sunday’s elections basically divided in half, between two sectors that are antagonistic and reluctant to try to understand each other.
Next Page »
ADVERTISEMENT ADVERTISEMENT