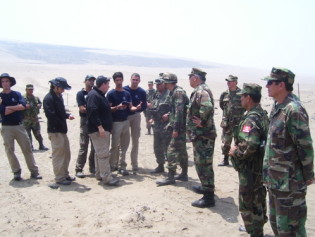 By Milagros Salazar
Of the 69,000 people killed during the 1980-2000 armed conflict in Peru, at least 16,000 were buried in secret unmarked graves. So far, only 2,064 of these bodies have been recovered, and just 50 percent have been identified, according to a new report.
ADVERTISEMENT ADVERTISEMENT