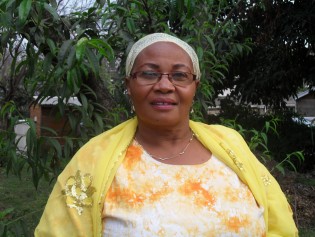 By Fabiana Frayssinet
In response to the mass street protests in Brazil, President Dilma Rousseff proposed a raft of reforms of the political system which appear to be bogged down by red tape and interminable party negotiations - precisely the kind of thing the demonstrators are complaining about.

By Humberto Márquez
The São Paulo Forum, which groups leftist political parties and organisations of Latin America and the Caribbean, sees a victory by Venezuela’s acting President Nicolás Maduro in the Apr. 14 elections as key to the future of the left in the region, and to “containing the right”.

By Roberto Savio
What is Hugo Chávez's legacy to Latin America? The best way to evaluate a head of state is to examine what is left behind after his or her death. In the case of Chávez, his image is obscured by a series of ideological and cultural prejudices that hide a clear perception of who he was.

By Humberto Márquez
Part of the legacy left by Venezuelan President Hugo Chávez, who died Tuesday, was his determined struggle for the integration of Latin America independent of the standards and models of the industrialised North, and for the reinvigoration of left-wing radicalism in Latin America and the Caribbean.

By Humberto Márquez
Governments of countries in the Americas are relying on the passage of time and a relatively peaceful political atmosphere to sort out the unprecedented institutional situation in Venezuela, whose ailing president Hugo Chávez is out of the country, while the executive team tasked with carrying out his former mandate continues in office.

By Humberto Márquez
While Hugo Chávez is being treated for serious illness in Havana, the premise of government "continuity" is winning out in his home country, along with plans to postpone his swearing-in ceremony for a new term as president of Venezuela, due to take place on Thursday Jan. 10.

By AJ Correspondents
China's ruling Communist Party has launched its national congress, a pivotal event that ushers in a new set of top leaders for the next decade.

By Jim Lobe
With less than a week left in the 2012 election campaign and much of the Northeast recovering from Hurricane Sandy, President Barack Obama and his Republican challenger, former governor Mitt Romney, are running neck and neck in the national popular vote, according to the most recent surveys.

By Marcela Valente
The identification of the remains of victims of forced disappearance of Argentina’s 1976-1983 military dictatorship – whose bodies were buried in secret graves or thrown into the sea - is moving forward, with periodic findings that have a strong impact on the families and on society as a whole.

By Marianela Jarroud
A new report takes a close look at the territorial distribution of poverty and inequality in Latin America, which has long had a reputation of being the most unequal region in the world.
Next Page »
ADVERTISEMENT ADVERTISEMENT