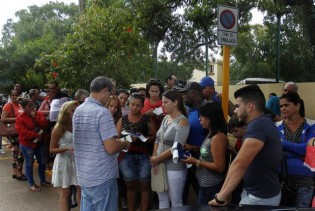 By Patricia Grogg
Among millions of people flocking to the polls in Cuba to vote in general elections was the unexpected figure of former president Fidel Castro, making a surprise public appearance in what was interpreted as a reaffirmation of his support for the government of his brother, President Raúl Castro.

By Patricia Grogg
Rules allowing Cubans to buy and sell cars and homes, and now, to take out loans, are two of the latest steps taken to "modernise" the economy.
ADVERTISEMENT ADVERTISEMENT