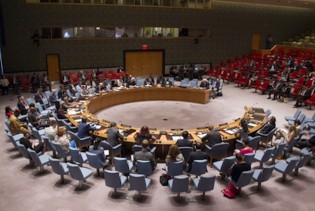 By Lydia Lim
As the new 12,600-strong United Nations peacekeeping forces don their blue helmets and prepare to take over from African-led forces in Mali, a nation consumed by corruption and extremism, concerns remain whether U.N. troops will successfully execute this transfer of authority.
ADVERTISEMENT ADVERTISEMENT