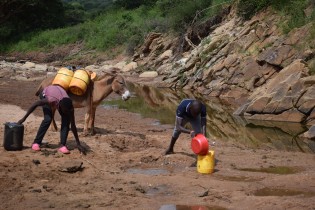 By Doreen Akiyo Yomoah
While the cement factories in Senegal are at war, ostensibly over the environmental impact one company will have on this West African nation, experts have cautioned that as the government plans to radically develop and industrialise the country, striking a balance between environmental protection and development will be key.
Next Page »
ADVERTISEMENT ADVERTISEMENT