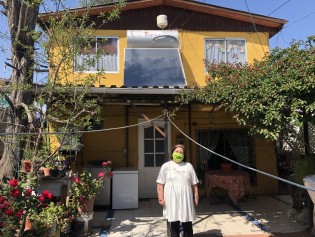 By Mario Osava
Solar energy has continued to expand in Brazil during the COVID-19 pandemic and should contribute to the economic recovery in the wake of the health crisis.

By Mario Osava
"Solar energy makes my happiness complete," said Divina Cardoso dos Santos, owner of one of 740 houses with photovoltaic panels on the rooftops in a settlement on the outskirts of this central Brazilian city.

By Mariela Jara
Young Peruvians plan to take advantage of the knowledge acquired in Brazil's semi-arid Northeast to bring water to segments of the population who suffer from shortages, after sharing experiences in that ecoregion on the multiple uses of renewable energies in communities affected by climatic phenomena.
Next Page »
ADVERTISEMENT ADVERTISEMENT