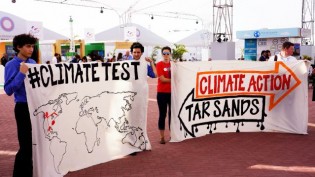 Canada Pulls Out of U.N. Body to Fight Desertification

By Stephen Leahy
Canada's police and security agencies think citizens concerned about the environment are threats to national security, and some are under surveillance, documents reveal.
ADVERTISEMENT ADVERTISEMENT