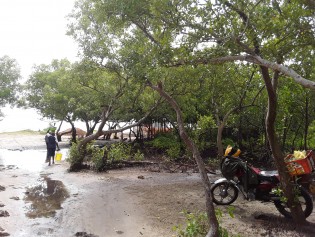 By Emilio Godoy
Latin America is facing challenges in energy efficiency, transportation and power generation to move towards a low carbon economy and thus accelerate that transition, which is essential to cut emissions in order to reduce global warming before it reaches a critical level.

By Neeta Lal
Like many others of her age, 15-year-old Aastha Sharma, a Class 10 student at a private school in India’s capital, New Delhi, loves being outdoors, going for walks with her friends and enjoying an occasional ice-cream. But the young girl can't indulge in any of these activities.
Next Page »
ADVERTISEMENT ADVERTISEMENT