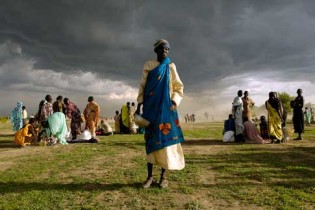 By Ray Smith
Swiss voters will decide Nov. 24 on introducing a salary cap that would limit the wage spread in companies to 1:12. The economic lobby is nervous - success for the proposal in the referendum is not as unrealistic as once expected.

By Ray Smith
A Swiss village has decided to reject tax money from the firm Glencore and to instead donate it to charities. Other towns may follow, sending a strong signal to the government to follow the U.S. and the EU and introduce transparency rules for the extractive industry.

By Ray Smith
Water power is the backbone of Alpine countries' energy supply. Despite its important role in Europe's energy shift, further development of hydroelectric infrastructure in Austria and Switzerland is on hold.

By Patricia Grogg
"The basic objective of the Swiss Agency for Development and Cooperation (SDC) is people’s welfare, and I think that in this we have many affinities with what the Cuban government wants,” Regula Bäbler told IPS.

By Ray Smith
The powerful Swiss commodity sector is under fire here, as citizens fed up with government inaction on charges of corporate corruption, tax evasion and lack of transparency gear up for major protests.

By Roberto Savio
For those who think that Occupy Wall Street, the Indignados in Spain, the World Social Forum and the numerous manifestations of protest worldwide are expressions without concrete outcomes, the result of the Swiss referendum on Mar. 3 on capping the salaries and bonuses of banks executives should make them think twice.

By Ray Smith
Swiss energy companies are determined to turn the country into a 'battery for Europe'. Vast investments are made in big-scale water power projects. But it is not certain they will eventually pay off.