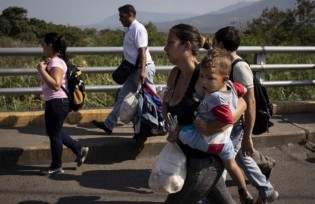 By Tharanga Yakupitiyage
One year ago, the international community agreed to work together to protect and save refugees and migrants. However, many are concerned over the lack of progress to make this noble goal a reality.

By Naimul Haq
Though he is only 16 years old, Mohammad Yasin has been through hell and back. He recently survived a hazardous journey by sea, crammed into the cargo-hold of a rudimentary boat along with 115 others.
ADVERTISEMENT ADVERTISEMENT