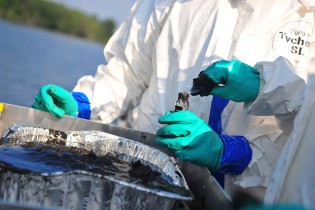 Under Water: The EPA’s Struggle to Combat Pollution

By Naveena Sadasivam, ProPublica
For years, the U.S. Environmental Protection Agency (EPA) has been frustrated in its efforts to pursue hundreds of cases of water pollution — repeatedly tied up in legal fights about exactly what bodies of water it has the authority to monitor and protect.

By Carey L. Biron
An environment group here is warning that the U.S. Environmental Protection Agency (EPA), a key government regulator, may have been haphazardly approving thousands of pesticides for decades, some of which pose risks to both human and environmental health.
ADVERTISEMENT ADVERTISEMENT