United Nations Office for the Coordination of Humanitarian Affairs (OCHA) 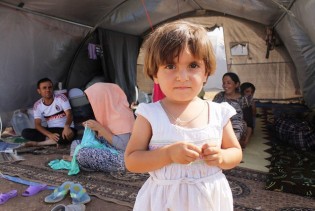 By Kanya D'Almeida
With the rainy season still far from over, flood-affected communities in the Sagaing Region and other parts of northern and western Myanmar are preparing for more hardships, while the government continues what the United Nations has called an “incredible” relief effort.