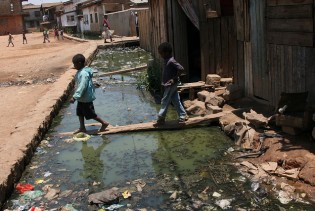 By Chris Williams and Kersti Strandqvist
Every month, more than two billion women around the world menstruate, and yet the topic is still shrouded by a veil of silence. While some girls celebrate their period as the first step into womanhood, many girls in developing or emerging countries are shocked and ashamed of their monthly cycles.

By Stella Paul
Fifteen-year-old Nasreen Jehan, a student in the eastern Indian state of Bihar, proudly flaunts a yellow and red beaded bracelet encircling her wrist. This humble accessory, she tells IPS, is her most treasured possession.
ADVERTISEMENT ADVERTISEMENT