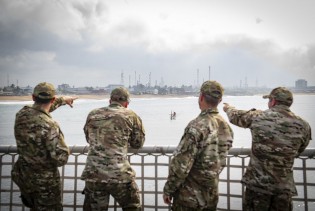 U.S. Might Pull Troops from West Africa, but Who Will it Affect?

By Samira Sadeque
While the United States is busy with foreign operations such as killing Qasem Soleimani, a key figure in Middle East Politics, behind the scenes it is reportedly considering a change that experts worry might be of grave concern: a potential withdrawal of troops from West Africa.

By Sam Olukoya
Nigerians are beginning to adjust to the sad reality that they live in a country where suicide bombers and terrorists could be lurking around the next corner thanks to a ready supply of advanced weapons smuggled through the country’s porous borders.

By Moustapha Keita
Kafoumba Koné sounds almost smug. "Our first rice harvest is in, and we're getting ready to plant again," he says, surveying his farm in southeastern Guinea. "Other farmers who have not yet tried NERICA are still preparing for their only harvest of the year."
Next Page »
ADVERTISEMENT ADVERTISEMENT