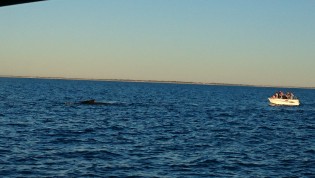 By Suvendrini Kakuchi
The arrest and release of a Dutch activist in Japan has put in bad light this country’s refusal to heed international calls to limit traditional dolphin and whale hunting practices in favour of conservation.

By Suvendrini Kakuchi
The arrest and release of a Dutch activist in Japan has put in bad light this country’s refusal to heed international calls to limit traditional dolphin and whale hunting practices in favour of conservation.
ADVERTISEMENT ADVERTISEMENT