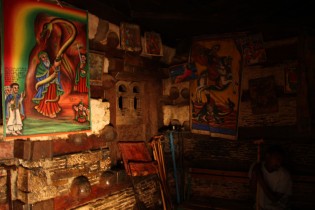 By Roberto Savio
It is a great pity that, beside opening the doors to ethics, social justice and peace, Pope Francis does not also give indications of updating  traditional theology. The most urgent task is to update the Seven Deadly Sins.

By Ramy Srour
Growing income inequality will pose a major threat to social stability in countries around the globe, according to a new report by the World Economic Forum.
ADVERTISEMENT ADVERTISEMENT