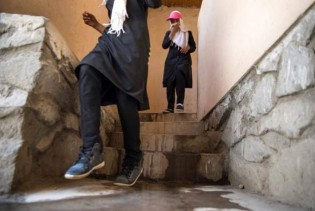 By Isolda Agazzi
Organisers of this year’s World Toilet Day, which falls on Nov. 19, are using the slogan ‘I give a shit – do you?’ to break the silence around the crucial issue of sanitation and remind the international community that 2.5 billion people around the world don’t have access to clean and private toilets.
ADVERTISEMENT ADVERTISEMENT