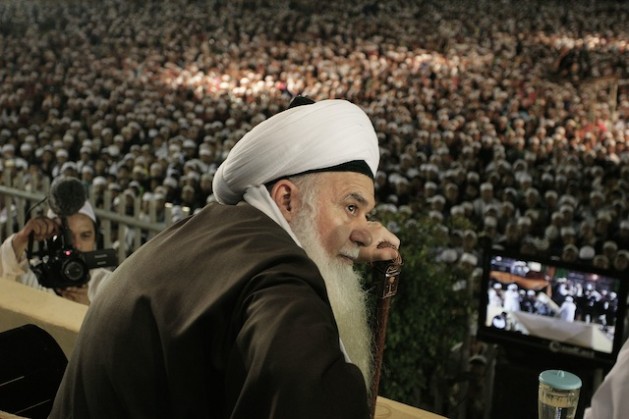 JAKARTA, Jan 4 2013 (IPS) - Indonesia, the world’s most populous Muslim-majority country, has found a deterrent to Islamic fundamentalists: they dress conservatively, sport short beards and Islamic caps and emulate the ways of the Prophet Muhammad.

But unlike the fundamentalists, and a seething underground of militants who have not shied from using violence to advance their views, the look-alikes are mystic Sufis who are spreading love.

“The conflict among religions is based in politics, and we don’t mix with this. Prophet Mohammed teaches love and my (spiritual) master has taught me tolerance,” said 35-year-old Indonesian photographer Muhammad Revaldi, who is among a growing number of Sufis.

“The government gives support to Sufis because they are afraid of fundamentalists,” Rivaldi told IPS, adding that most important Sufi gatherings he attends in Indonesia usually host officials from the police, military and other government agencies.

Fundamentalist movements have been mushrooming in Indonesia since the 1980s, part of a global trend rooted in growing public frustration over corruption, nepotism and an indifference by governments in Muslim countries toward poverty and growing Western influence.

Two terrorist attacks in Indonesia’s tourist haven of Bali in 2002 and 2005, killing more than 200 people, intensified the government’s determination to combat fundamentalism, not only through a crackdown by security forces, but also through a softer weapon: Sufi Islam.

Sufism is the mystical expression of Islam and seeks the knowledge and closeness of God in this lifetime. Followers of Sufism, who trace their roots to Prophet Muhammad’s son-in-law Ali, believe in the unity of existence and respect for other religions.

During a large Muslim Sufi gathering in East Java last January, President Susilo Bambang Yudhoyono praised the Sufi approach to Islam, saying it was religious, calm and a suitable way of dealing with disputes, conflicts and clashes in society and the nation.

Indonesia’s largest Muslim organisation, the Nahdlatul Ulama (NU) – which has some 40 million followers, enjoys a cosy relationship with the government and opposes Islamic extremism – has been a pillar for Sufi organisations or tariqas. In July 2011, it organised an international gathering that attracted more than 10,000 Sufi followers.

The government supports Sufism “as an alternative to radical Islam”, Indonesian scholar Jalaluddin Rakhmat, a university professor and writer who has a large following among the country’s upper class, told IPS.

“Political Islam has brought out… conflicts within the community. People of high education – open to diverse Islamic schools of thought – need the real Islam, the inner dimension of Islam that unites not only the community of Islamic countries but also humankind, regardless of religions,” said Rakhmat.

He said that most such people live in Indonesian cities and belong to the economic upper class.

“Indonesian Islam is moderate due to the role played by Sufism,” Rakhmat said. He added that the revival of Islamic mysticism in Indonesia coincided with the resurgence of local Indonesian mysticism – known as Aliran Kebatinan – during the reign of President Suharto, whose 31-year dictatorial regime ended in 1998.

“Suharto had been very much inclined to Javanese mysticism. He even passed a decree recognising Aliran Kebatinan as part of Indonesian religiosity, having equal status as other main world religions,” Rakhmat said.

“The then economic situation – owing to the oil boom in the 1980s – had given birth to a group of nouveau riche, seeking ‘spiritual serenity’. It was at that time that Sufi study groups were mushrooming in big cities, particularly Jakarta,” he added.

Sufis “are more concerned about the purification of the self than rituals,” said Rakhmat.

When, 15 years ago, Revaldi was in search of answers to questions about his faith, he came across Shaykh Hisham Kabbani, a Sufi master from the Naqshbandi Haqqani order who was visiting Indonesia.

“I went to document a religious event and my master talked about how our ego or egotistical feelings disappear under the light of the guidance of a master. In the Sufi path people think we have to leave everything but everything is Sufism,” said Revaldi.

Revaldi, like many other Sufis, dresses as Muslims did in the times when Prophet Muhammad was alive 1,300 years ago. It is the same style that is also favoured by Muslim radicals.

When Revaldi was traveling to Bali soon after the 2005 terrorist attacks, the passengers and crew on the plane reacted to him with horror, fearing he could be carrying a bomb.

But contrary to radical Islam, Revaldi believes in patience, not violence.

“A student who wanted to join the circle of our master was asked to clean each of the leaves of the trees of our garden, just to master patience,” Ibu Yati, a woman from the same Sufi order as Revaldi, told IPS.

“Our master teaches compassion and understanding, while fundamentalists judge people,” added Ibu Yati, a graduate in public policy who for many years worked as a government official.

”Islam in Indonesia is very beautiful, it has many varieties and is very tolerant,” said Mustafa Daood, the lead vocalist of Debu, a Sufi band that sings mystical Islamic poetry and whose members – mostly family – moved to Indonesia from the United States in 1999.

Debu, which in the Indonesian language means “dust”, interprets the songs of the patriarch of the family, Sufi master Shaykh Fattaah, who back in the United States had a vision to bring all his family to Indonesia.

At the family homes in Cinere, a suburb south of Jakarta, Fattaah composes mystical songs in nine languages, including Indonesian. His works, like those of the famous Iranian mystic and poet Jalaludin Rumi, speak of love, compassion and the unity of all creation.