Fighting Violence Against Children as a Global Problem 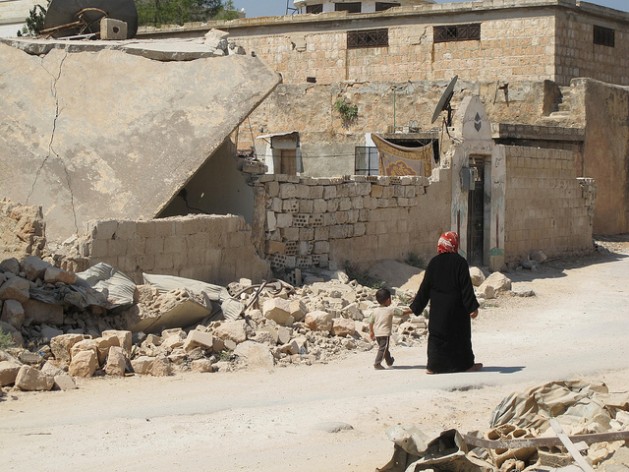 UNITED NATIONS, Jul 13 2016 (IPS) - One billion children experienced physical, sexual or psychological violence in the last year, according to the US Centers for Disease Control and Prevention (CDC), prompting the launch of a new global partnership to tackle the problem here Tuesday.

“Millions of children … are today fighting battles of their own,” UN Children’s Fund (UNICEF) Executive Director Anthony Lake said at the launch of the Global Partnership End Violence Against Children Everywhere.

“The boy afraid to go to school because of bullies in the school yard or because his teach strikes him in the classroom.”

“The girl enduring the faceless horror of cyber bullying.”

“The child being abused at home. Each beating wounding not only his or her body, but her spirit and her self esteem, even hindering his cognitive development and thus his entire future.”

The new partnership recognises that violence against children impacts on other areas of development, making children sick, holding them back in school and generally limiting their development as well as their communities.

A fund set up to support the partnership was also launched Tuesday with a first injection of funding from the United Kingdom (U.K.) of 40 million GBP. The U.K. funding will focus specifically on the issue of online child sexual exploitation.

However, the fund has the much more ambitious aim of raising one dollar for every child affected by violence, which equates to one billion dollars. This goal may prove difficult considering that most existing UN funds and appeals are already struggling to reach their targets.

“The sheer scale of this problem can be overwhelming, it is important to remind ourselves of the individual children behind the statistics,” -- Trihadi Saptoadi.

Yet despite the challenges, there is plenty of data to support the need for a more coordinated international approach to addressing violence against children.

Globally, one in four children suffer physical abuse, nearly one in five girls is sexually abused at least once in her life and every five minutes, a child dies as a result of violence, according to partnership.

“The sheer scale of this problem can be overwhelming, it is important to remind ourselves of the individual children behind the statistics,” said Trihadi Saptoadi, Global Lead, Impact and Engagement at World Vision International at the launch.

Saptoadi gave the example of a 14-year old Syrian refugee in Lebanon.

“(She) once dreamed of becoming a lawyer, however her father found he was unable to protect or provide for her so he forced her to marry an older man.”

“(She) confided that her husband beats her and she has contemplated suicide.”

“We refuse to accept this as an unfortunate fact of life or an inevitable consequence of war,” said Saptoadi.

To address these problems at a global level the new partnership also launched a package of “seven proven strategies to prevent violence against children” developed by ten international organisations, including the World Health Organization (WHO), the CDC and UNICEF.

Speaking at the launch, Sihaba Nkinga, Permanent Secretary, Ministry of Health, Community Development, Gender, Elderly and Children, United Republic of Tanzania said that Tanzania’s “wake up call” to address violence against children had come after they conducted a survey which showed the extent of the problem.

Tanzania is planning a new National Action Plan to address violence against children and women, she said.