STOCKHOLM, Jan 13 2022 (IPS) - In several countries around the globe, telling the truth is according to its rulers and other influential, generally wealthy, persons a serious crime that might be punished by muzzling the truth-tellers, slandering and humiliating them, and threatening their families and friends. If that does not make them shut up and repent they might be tortured, imprisoned and even killed. 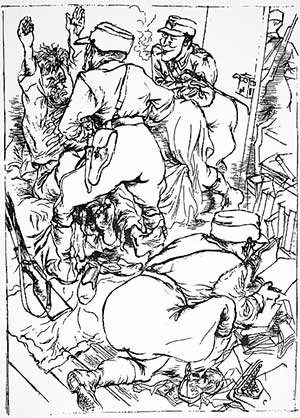 Novaya Gazeta was founded in 1993 with the self-imposed task of acting as “an honest, independent, and rich source of information benefiting Russian citizens.” However, to provide a critical and investigative coverage of Russian political and social affairs is a precarious venture and Novaya Gazeta’s 60 journalists, divided between ten major Russian cities, are all living dangerously.

In 2000, Igor Domnikov, who in Novaya Gazeta wrote witty essays about business corruption, had by the door to his apartment his skull crushed by a hammer blow. In 2001,Victor Popkov died after being wounded in a gunfight while on Novaya Gazeta’s behalf reporting about the Chechnyan war. In 2006, Anna Politkovskaya, human rights activist and Novaya Gazeta reporter, was in the elevator of her block of flats shot twice at point-blank range, in the chest and the head. In 2009, a human rights lawyer, Stanislav Markelov, was shot to death while leaving a news conference in Moscow, less than 800 metres from the Kremlin, while Anastasia Baburova, a journalist from Novaya Gazeta who tried to come to his assistance was shot and killed as well. The same year, the Novaya Gazeta reporter Natalia Estemitrova had been seen screaming while she was forced into a car just outside her house in the Chechnyan capital Grozny. Two hours later she was found dead from one shot to the head and one to the chest.

Shchekochikin, a member of the Parliament, was in Novaya Gazeta writing articles about criminal activities and corruption among officers of FSB RF, Federal Security Service of the Russian Federation, the main successor agency to KGB. Shchekochikin died suddenly on 3 July 2003 from a mysterious illness, a few days before his scheduled departure to the U.S., where he was going to meet with FBI agents investigating U.S. contacts with Russian oligarchs and FSB agents. Shchekochikin’s medical records were lost, though physicians who had treated him explained that their patient’s symptoms indicated poisoning from “radioactive materials”.

It was not the first time KGB/FSB used radioactive substances to poison defectors and detractors. The first recorded incident was in 1957 when Nikolai Khoklov was poisoned by radioactive Thallium-201, suffering symptoms similar to those of Roman Tsepov, a corrupt businessman who in 2004 after drinking a cup of tea at a local FSB office experienced a sudden drop of white blood cells and died after two weeks. In 2006, Alexander Litvinenkov, a defector and former FSB agent died in London after being poisoned with polonium-210. In 2018, another defector and former military intelligence officer, Sergei Skripal, was in Salisbury with his daughter poisoned by a Novichok Nerve Agent and in 2020, anti-corruption activist Alexei Navalny was poisoned by a similar substance.

When Novaya Gazeta’s editor-in-chief, Dmitry Muratov, in Oslo was awarded the 2021 Nobel Peace Prize he lamented Russian limitations to free speech, adding that he was not the rightful receiver of the prestigious prize. Worthier men and women had lost their lives while defending the truth: “It’s just that the Nobel Peace Prize isn’t awarded posthumously, it’s awarded to living people.” Accordingly, in his Nobel speech Muratov stated that:

“…this award is for all true journalism. This award is to my colleagues from Novaya Gazeta, who have lost their lives – Igor Domnikov, Yuri Shchekotschikhin, Anna Politkovskaya, Anastasija Baburova, Stas Markelov and Natasha Estemirova. This award is also to the colleagues who are alive, to the professional community who perform their professional duty.”

The Philippine journalist Maria Angelita Ressa shared the Nobel Peace Prize with Dmitry Muratov. The prize was awarded for “their efforts to safeguard freedom of expression, which is a precondition for democracy and lasting peace.”

In her speech, Maria Ressa mentioned that “in the Philippines, more lawyers have been killed – at least 63 compared to the 22 journalists murdered after President Rodrigo Duterte took office in 2016.” Just the day before she was giving her Nobel speech, Maria Ressa’s colleague, Jesus “Jess” Malabanan, was killed in a street in Manila.

Rodrigo Duterte remains popular among the majority of the Philippine population. After his election victory in 2016 something called DuterteNomics was introduced, including tax reforms, infrastructure development, social protection programs, a shift to a federal system of Government and strengthened relations with China and Russia. The infrastructure initiative was promoted through the slogan: “Build! Build! Build!” In 2021, 214 airport projects, 451 commercial social and tourism port projects, 29,264 kilometres of roads, 5,950 bridges, 11,340 flood control projects, 11,340 evacuation centres, and 150,149 classrooms were completed under the infrastructure program.

In spite of this progress Duterte has from some quarters been severely criticized for his obvious authoritarianism, self-glorification, and rampant populism, expressed through callous and vulgar rethorics, for example his trivialization of rape and the murderous activities of vigilante groups. Duterte has repeatedly confirmed to personally having killed suspected criminals during his term as mayor of Davao and he is the only Philippine president who has refused to declare his assets and liabilities. Furthermore, he has by human rights groups, such as Amnesty International and Human Rights Watch, been directly linked to extrajudicial killings of over 1,400 alleged criminals and street children, while the International Criminal Court in The Hague currently is investigating his administration’s crackdown on narcotics, said to have left as many as 30,000 dead, while the administration listed the toll at around 8,000.

Duterte’s image of being a strong-willed, controversial but highly efficient leader has been actively supported by a docile propaganda machinery which, among other means, allegedly is supported by a pro-Duterte online “troll army” that is pushing out fake news stories and manipulating the narrative around his presidency. Such misuse of the web was lamented by both Markelov and Ressa, who emphasized that one of the main tasks of journalism is to distinguish between facts and fiction, meaning that a reporter must patiently and objectively investigate as many angles as possible of an issue at large. Markelov quoted the famous war photographer Robert Capa: “If your picture isn’t good enough, you aren’t close enough.”

Both Markelov and Ressa declared that the immense power of a constantly and increasingly advanced communication technology is both beneficiary and harmful for upholding the truth. It connects people from all over the world, allows for sharing ideas and the spreading of awareness about human rights abuses. However, the web also spreads a virus of lies that incites us against each other, brings out our fears, anger and hate, and sets the stage for the rise of authoritarians and dictators all over the world. Journalists have to contradict that kind of hate and violence, which by Ressa is defined as:

“the toxic sludge that’s coursing through our information ecosystem, prioritized by American internet companies that make more money by spreading that hate and triggering the worst in us. […] What happens on social media doesn’t stay on social media. Online violence is real world violence. Social media is a deadly game for power and money. […] Our personal experiences are sucked into a database, organized by Artificial Intelligence, then sold to the highest bidder. Highly profitable micro-targeting operations are engineered to structurally undermine human will – a behavior modification system in which we are Pavlov’s dogs, experimented on in real time with disastrous consequences in countries like mine,”

Markelov stated that much of the unfounded and manipulated information that spreads its poison through the web have dimmed our conscience and even worse, making people believe that:

“… politicians who avoid bloodshed are weak. While threatening the world with violence and war is the duty of true patriots. Aggressive marketing of war affects people and they start thinking that war is acceptable.”

In such a poisoned environment truth-telling journalists are suffering. In may countries they live under a real threat of being slandered and tortured, of spending the rest of their lives in jail, or being brutally murdered. They have no idea what the future holds for them. Nevertheless, these heroes of the free word assume that their sacrifices are worth the risks they are taking. They believe in their mission to bring the truth to people and thus support empathy, peace and critical thinking. In the words of Markelov:

“Yes, we growl and bite. Yes, we have sharp teeth and strong grip. But we are the prerequisite for progress. We are the antidote against tyranny. […] I want journalists to die old.”