Chronicle of a Tragedy Unfolded

PHILADELPHIA, Apr 22 2022 (IPS) - The Karnataka court’s verdict to uphold the hijab ban has intensified the protest in the state. The row has been typically perceived by many as manufactured by the politicians pointing to the culture of politics in the state. While the jury is still out there on this, evidence on how state’s local culture constructs and deconstructs religious identity allows drawing conclusions with some definitiveness. The culture of state’s politics is one side of the coin. Considering its flip side – politics of culture, particularly of the religious cultural identity, is just as relevant. 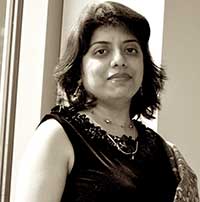 Few years ago (between 2014-early 2020), as I travelled for many months across various villages and towns of Karnataka observing and interviewing rural and semi-urban community dwellers about their experiences with RSBY health insurance scheme, two stories, both related to value of health insurance, surfaced repeatedly. One was a story of public valuing health insurance for reasons beyond the visible economic and infrastructural ones. The other was a story of fairly uneven degree of value and use of health insurance provision among the public. It is the latter story that provides evidence of the politics of religious culture, and thus provides some context to better understand the Hijab row in the state. A striking pattern of the unevenness, among other forms, was the difference among households in the value and eventual use of health insurance along religious lines, especially between Hindus and Muslims. Both Hindus and Muslim households agreed that the latter, more than the former households, fervently sought the possession of and use the health insurance provision. Such proclivity by Muslim households, however, was not perceived kindly. While the resentment often was not articulated candidly for the fear of backlash in the community, there was certainly an underlying tension. As one Hindu household indicated: “we all know that Muslim households are overusers of any government provisions, including health services, but we rather not talk about it because they are all neighbours and it will cause chaos in the neighborhood.” However, not everyone exercised restraint in expressing their resentment. In fact, the antipathy toward Muslims was very loud in some quarters that simultaneously expressed disapproval for the Hindus’ lukewarm interest as well as sympathy for their fellow Hindu households for not getting a fair share of the government provisions. The remark of one Hindu household summed up such a sentiment: “Hindus means hinda (Kannada word for behind). Muslims means munda (Kannada word for ahead). Muslims are always ahead in the queue to avail the free resources and Hindus have to wait their turn. We get fed-up waiting, and eventually do not use the resources.”

Interestingly, Muslims used the same description of munda and hinda except from a different perspective: “we muslims are munda to make use of government provided resources”, a Muslim household member remarked, “but we are forced to be ahead because Hindus have pushed us hinda (behind) in accessing the higher quality resources.”

While such dissonance with sharing of valued-resources with a group that was religiously distinct was telling, it was around the dress code – wearing of the hijab, burqa and niqab wearing that the binary distinction – hinda and munda, sharpened.

The remark of a Hindu woman summed up such an ethos: “how can we access health insurance when large number of Muslim women in their long hijabs and long burqas are always in the queue ahead of us? The burqas certainly help them to hide their faces but the dress also makes them hypervisible to the hospital staff and that is how they end up being ahead of us using up all the time and space at the hospital. The burqas may hide their faces but they also make us invisible to the doctors and nurses because we get hidden behind their large burqas, and thus get left behind.”

Burqa ban isn’t unique to Karnataka. Many countries in the west have banned these articles of clothing and the justification for the ban globally ranges from concern about national security, integration into the mainstream society and feminist arguments such as, promoting women’s liberation. However, the cultural contexts in which bans operate are certainly unique and need to be explored. In Karnataka, the ban has surfaced in the colleges and in the education sphere at large but, as the evidence on reaction to the availing of health services indicates, the dissonance is much more deep-seated and widespread. While officially the ban is justified on grounds of need for uniformity and wearing of hijab is not seen as necessary to religious practice, such top-down rationale needs to be understood within the context of everyday local, cultural perception that Muslims are a threat to fair share of valued resources, including education and health of the country. Burqa and hijab are identity markers serving as reminders of presence of minorities, and even as the presence of the “other” who are being out of their place if they are spotted accessing valued resources. There exists a cognitive dissonance with the idea, practice and sight of burqa population in spaces where valued resources are available. It is politics of cultural identity of Muslims – the scepticism and sometimes intolerance for them as beneficiaries. The need for uniformity, social integration and women’s liberation as the top-down narrative (culture of politics) while serving as some explanation for the hijab ban, is at best a partial one. It is an intricate interaction on the ground between development and cultural perception of inclusion (or exclusion) of certain populations in the developkment process (politics of culture) that provides important clues to Karnataka’s hijab row. The latter narrative is made significant by its absence. I fear an unintended consequence of the hijab ban maybe deepening the schism between Hindus and Muslims.