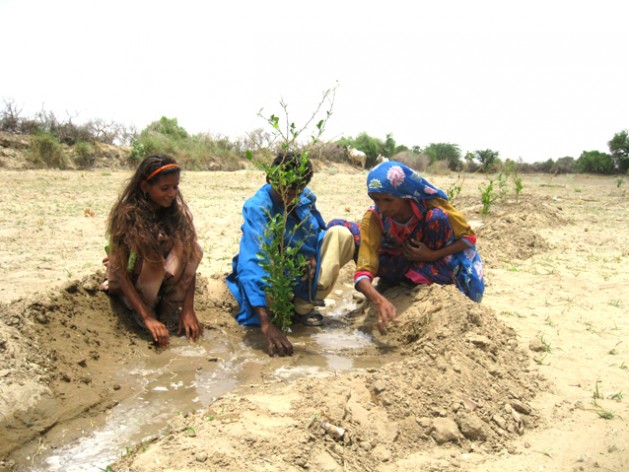 MADRID, May 11 2022 (IPS) - It is as simple –and as horrifying– as that: both human health and the health of Planet Earth depend on plants. However, plants that make up 80% of the food and 98% of the oxygen, are under growing dangerous threats.

As dangerous as the fact that up to 40% of food crops are lost due to plant pests and diseases every single year, according to the world top food and agriculture organisation.

This is affecting both food security and agriculture, the main source of income for vulnerable rural communities, FAO warns on the occasion of the International Day of Plant Health, marked 12 May 2022.

All those pests and diseases

Sustaining plant health promotes food security and nutrition while protecting the environment and biodiversity, and boosting livelihoods and economic growth, in the context of global challenges, particularly climate change

Two main factors, among several others, appear behind the increasing expansion of plant pests and diseases. One is that climate change and human activities are altering ecosystems and damaging biodiversity while creating new niches for pests to thrive.

The other one is that international travel and trade, which has tripled in volume in the last decade, is also spreading pests and diseases.

Such pests and diseases cause massive crop losses and leave millions without enough food.

“The International Day of Plant Health will be an opportunity to highlight the crucial importance of plant health, both in itself and as part of our One Health approach, encompassing human, animal and ecosystem health,” said FAO Deputy Director-General, Beth Bechdol.

“It could not be more vital to make sure that we do everything we can to maximise the food resources our planet can provide.”

FAO estimates that the additional damage that plant pests and diseases cause to agriculture exacerbates the existing issue of growing world hunger and threatens rural livelihoods.

Protecting plants from pests and diseases is far more cost effective than dealing with plant health emergencies. “Once established, plant pests and diseases are often impossible to eradicate, and managing them is time consuming and expensive.”

“Making the general public more aware of the role of plant health and the ways we need to act urgently to curb the risks of plant pests and diseases, as well as understanding how to restrict the spread of invasive pests will make a significant contribution to global food security,” said Osama El-Lissy, Secretary of the International Plant Protection Convention (IPPC).

“Globalisation, trade and climate change, as well as reduced resilience in production systems due to decades of agricultural intensification, have all played a part.” 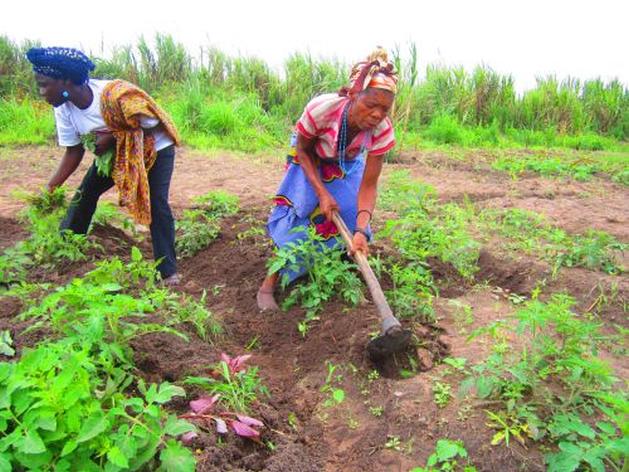 “It could not be more vital to make sure that we do everything we can to maximise the food resources our planet can provide.” Credit: Mario Osava/IPS

As if the above were not enough, the risks to human, plants and environmental health are further exacerbated by the rising effects of land degradation.

On this, the UN Convention to Combat Desertification (UNCCD), at the end of April 2022 reported that up to 40% of the planet’s land is degraded, which directly affects half of humanity, and threatens roughly half of global Gross Domestic Product (44 trillion US dollars).

If business as usual continues through 2050, the report projects additional degradation of an area almost the size of South America, reports the UNCCD’s Global Land Outlook 2.

On this, says Ibrahim Thiaw, Executive Secretary of the UNCCD: “Modern agriculture has altered the face of the planet more than any other human activity.”

“We need to urgently rethink our global food systems, which are responsible for 80% of deforestation, 70% of freshwater use, and the single greatest cause of terrestrial biodiversity loss.”

The report predicts the outcomes by 2050 and risks involved under three scenarios:

Continuing current trends in land and natural resource degradation, while demands for food, feed, fibre, and bioenergy continue to rise. Land management practices and climate change continue to cause widespread soil erosion, declining fertility and growth in yields, and the further loss of natural areas due to expanding agriculture.

A persistent, long-term decline in vegetative productivity is observed for 12-14% of agricultural, pasture and grazing land, and natural areas – with sub-Saharan Africa worst affected.

An additional 69 gigatonnes of carbon is emitted from 2015 to 2050 due to land use change and soil degradation. This represents 17% of current annual greenhouse gas emissions: soil organic carbon (32 gigatonnes), vegetation (27 gigatonnes), peatland degradation/conversion (10 gigatonnes).

One dollar to repair, four dollars to damage

Nations’ current pledge to restore 1 billion degraded hectares by 2030 requires 1.6 trillion US dollars this decade – a fraction of annual 700 billion US dollars in fossil fuel and agricultural subsidies, the Global Land Outlook 2 warns.

As food prices soar amid rapid climate and other planetary changes, “crisis footing” needed to conserve, restore and use land sustainably.

“The way land resources – soil, water and biodiversity – are currently mismanaged and misused threatens the health and continued survival of many species on Earth, including our own.”

“At no other point in modern history has humanity faced such an array of familiar and unfamiliar risks and hazards, interacting in a hyper-connected and rapidly changing world. We cannot afford to underestimate the scale and impact of these existential threats.”