The writer is Professor Emeritus of the Catholic University of Louvain 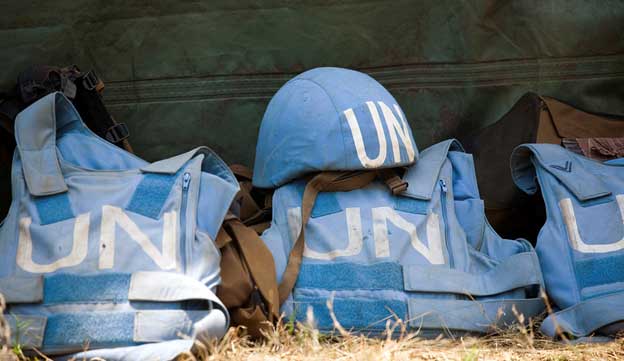 BRUSSELS, Jun 30 2022 (IPS) - On Sunday 19 June, we gathered in Sezano, municipality of Verona (VR), at the Monastery of the Common Good to affirm the need and urgency to ban war, all wars, and build peace without yes or no buts.

To the powerful world leaders who want to continue the war in Ukraine (USA, Russia, NATO member states, the European Union which has become a war front, Ukraine) we say STOP your new world war for world domination, of which the one in Ukraine is a dramatic expression.

Why do you still need tens of thousands of dead in the war camps you call liberation camps and tens of millions of people starving to death because of your economic sanctions (countersanctions, retaliations) that only benefit the profits of your big global corporations?

Enough of Putin, Biden, Stoltenberg, Von der Leyen….the world does not need your war in Ukraine. Stop spending over 2.1 trillion dollars on armaments under the hypocritical pretence of saving the peace.

For 70 years, the United States has been at permanent war on every continent with some 800 military bases of occupation in hundreds of countries around the world– and, following the collapse of the Soviet Union– trying to establish themselves in Ukraine as well.

China has only one military base abroad and Russia has only three!

One must know how to lose the victory to know how to build peace.
Because war has never solved problems, it is pure destruction.
War itself is a crime– and if you keep proposing wars, you are a criminal.

The greatest victory is to make peace, because the right to life is a universal right, for everyone and because it shows that you want and know how to live with others. and do not want to dominate others, but live together in the present to promote a future ever more just and united, in common.

We must Stop All Wars that are currently martyring and killing people in Syria, Yemen, Congo, Palestine, Western Sahara, Kurdistan, among others.

The cynical silence of the West on the new military invasions by Erdogan’s Turkey in northern Iraq and north-eastern Syria inhabited by Kurdish populations is intolerable.

Inhabitants of the Earth, defend peace and the rights of all! Denunciation is necessary. Building peace, starting with an immediate cessation of hostilities, is even more necessary and positive for all.

Do not listen to the US, Russia, France, Britain, China, North Korea, Israel,
India and Pakistan who are building nuclear weapons. Listen to the 130 UN countries that support the Treaty on the Prohibition of Nuclear Weapons.

For further information, please contact petrella.riccardo@gmail.com or the Agora ‘s site agora-humanité.org Riccardo Petrella is president of the association.