According to the 2021 World Meteorological Organization’s State of the Climate in Latin America and the Caribbean report, extreme events have worsened the socio-economic impact of the COVID-19 pandemic on the Region, especially for the small island states of the Caribbean. 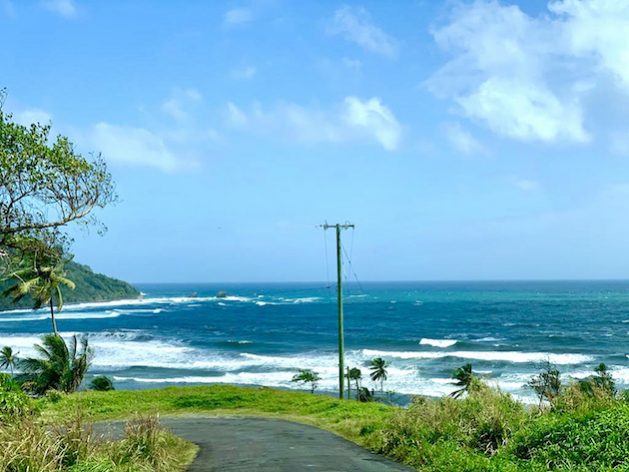 UNITED NATIONS, Jul 26 2022 (IPS) - The highest deforestation rates since 2009. The third most active hurricane season on record. Extreme rainfall, floods, and landslides displaced tens of thousands of people. Rising sea levels. Glaciers in Peru lost more than half their size. Add the devastating impacts of the COVID-19 pandemic to the mix, and 2021 was a challenging year for Latin America and the Caribbean.

That’s according to the World Meteorological Organization’s State of the Climate in Latin America and the Caribbean 2021 report, published on July 22. It is the United Nations weather agency’s second annual report.

It states that “sea levels in the region continued to rise in 2021 at a faster rate than globally, notably along the Atlantic coast of South America south of the equator, and the subtropical North Atlantic and Gulf of Mexico,” a worrying development for the small island states of the Caribbean and large populations concentrated in coastal communities.

The record-setting drought in Chile continued in 2021, marking the 13th consecutive year of the “Central Chile Mega-drought,” which placed the country at the center of the region’s water crisis.

Head of the United Nations Office for Disaster Risk Reduction (UNDRR) Mami Mizutori said as the second most disaster-prone region in the world, Latin America and the Caribbean are proof of how complex risks can be, adding that shocks that affect one sector can create damaging consequences in another, impacting the most at-risk communities.

“The COVID-19 pandemic offers a quintessential example of how interconnected risks can create severe upheaval, particularly when intersecting with climate change impacts. Last year, the fallout from hurricanes Eta and Iota collided with lingering COVID-19 impacts. The result was that 7.7 million people in Guatemala, El Salvador, and Nicaragua faced high levels of food insecurity,” she said.

While the report outlines the dire impacts of extreme weather and climate change on the region, it is also prescriptive in its calls for long-term regional and national solutions.

One of these is a ‘risk to resilience’ goal.

The UNDRR head says the Bali Agenda for Resilience is a critical instrument in understanding the nature of risks and promoting mitigation and adaptation measures. The document promotes policies to shield communities from climate and other disasters and thwart a predicted global rate of 1.5 disasters a day by 2030.

“First and foremost is the need for risk management to become a shared responsibility across sectors. Getting on track to achieve the Sendai Framework for Disaster Risk Reduction and the Sustainable Development Goals requires decision makers to adopt comprehensive climate and disaster risk management that puts people first, using current data and timely information.”

The report also recommends the expansion of access to multi-hazard early warning systems (EWS). Investment in these systems has been touted as one of the most powerful tools to adapt to climate change, and UN Secretary-General Antonio Guterres has challenged the WMO to present an action plan that ensures all people everywhere are covered by an early warning system in the next 5 years. The WMO is expected to present that plan to the 2022 UN Climate Conference in Egypt in November.

“Altogether, there is a need for a 1.5 billion US dollar investment in the next 5 years to get 100 percent coverage of early warning services and improve basic observing systems. We have major gaps in island states, Africa, and some parts of Latin America, and that needs to be improved,” the WMO Secretary-General said.

The report’s launch coincides with the impending peak of the annual Atlantic hurricane season. According to officials of the United Nations Economic Commission for Latin America and the Caribbean (UNECLAC), there is no question that countries in the region, particularly the small states of the Caribbean and Central America, remain highly vulnerable to the impacts of a changing climate

“2021 was yet another very active season. Many countries experienced major flooding and landslides that were compounded by a volcanic eruption in St. Vincent and the Grenadines, causing major dislocation, damage, and loss, and there was heavy rainfall and floods across Guyana, Suriname, and regions of Central America, affecting housing, fresh water sources and increasing food insecurity,” said ECLAC’s Subregional Office Chief Diane Quarless.

Quarless added that for small states in the region, the post-disaster need to continually source or reassign already scarce resources has eroded the ability of countries to build back better. ECLAC is supporting the call to strengthen and expand early warning systems to improve forecasting and planning for multi-hazards.

The State of the Climate in Latin America and the Caribbean report provides science-based, timely information for policymakers on the realities of climate change and weather-related events and the best course of action.

The representatives of the UN agencies involved in sourcing and compiling the report says that the region has the needed data. It is now time to act.