LONDON, Jul 29 2022 (IPS) - Until Russia went to war on Ukraine in February, Ukraine was known as the “breadbasket of Europe”. One of the largest grain exporters in the world, it provided about 10 per cent of globally traded wheat and corn and 37 per cent of sunflower oil, United Nations figures show. The yellow and blue of its flag mimic its rolling golden fields under blue summer skies.

The war has darkened this picture beyond recognition.

Despite the conflict, Ukrainian farmers are still growing grain, at levels estimated to be around three-quarters of a normal year. But, with Russia blockading the Black Sea ports through which Ukraine would usually export about 5 million tonnes a month, the country is now struggling to get just 2 million tonnes a month out westward by choked road, rail and river routes.

This is not only an existential problem for Ukraine, whose grain exports are one of the biggest contributors to its economy, but also for the millions of people worldwide who would normally import and eat this grain. The World Food Programme (WFP) says that as many as 47 million people, particularly in sub-Saharan Africa, are at risk of acute hunger.

Addressing this food security risk is a double challenge for the European Bank for Reconstruction and Development (EBRD), which works both in Ukraine and neighbouring countries affected by the war, and in southern and eastern Mediterranean countries which are struggling to import food. 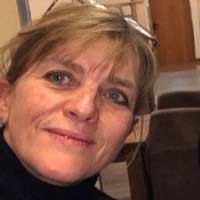 Inside Ukraine, 18 million tonnes of grain from last year’s crop are waiting in siloes for export. Space is at a premium and the squeeze is getting worse. The figures become still more dizzying once you add in the winter wheat and barley crop now being harvested, and the spring crop including sunflower and corn that will also join the queue in a couple of months’ time.

“The biggest issue is storing the grain. There is some warehouse and silo capacity free, but not enough for the harvest taking place now. We’ve been told they are missing 15 million tonnes of capacity, even before the spring crop harvest that’s coming in in two months’ time,” says Jean-Marc Peterschmitt, EBRD Managing Director for Industry, Commerce and Agribusiness. “It is unclear how it will play out.”

“For now, the only solution is temporary storage – silo bags or floor storage or even storage in the field with some basic covers, which obviously will deteriorate the quality of grain,” says Natalia Zhukova, EBRD Director, Agribusiness. “Silo bags can pretty much preserve the quality for 12 months because they are hermetically sealed so infections or pests cannot develop inside. But simple silos without proper drying or ventilation will obviously have problems.”

“Getting grain out of the country and being able to store the harvest inside the country are the mirror image of each other, because whatever you get out is freeing up storage capacity for the next harvest,” adds Peterschmitt. “Getting it out so far has been not a great experience. But it’s vital to find more ways to do that.”

As the quantity of Ukrainian crops waiting for export and potentially rotting in siloes and fields increases, hopes that Ukraine could soon resume exports in something like their usual quantities rose briefly last week when a tenuous U.N.-brokered deal to lift the blockade on the key Ukrainian port of Odessa was agreed in Turkey on 22 July.

Less than 24 hours later, however, Russian cruise missiles hit Odesa. US Secretary of State Antony Blinken, saying the attack cast serious doubt on the credibility of Russia’s commitment to the deal, accused Russia of “starving Ukraine of its economic vitality and the world of its food supply.”

Yet, by 25 July, Ukraine said it still hoped to start implementing the deal within as little as a week, and was making preparations including demining essential sea areas, and setting up naval corridors for the safe passage of merchant vessels and a coordination centre in Istanbul.

Still, for now, amidst the uncertainty, it’s back to working within the limits of wartime.

Within Ukraine, a significant part of the €1 billion of EBRD investment pledged for this year is earmarked to support domestic food security. As part of the EBRD’s Resilience and Livelihoods Framework (RLF), a €200 million multi-instrument Food Security Guarantee works across the food chain in Ukraine, both helping farmers buy fertiliser and retailers get food into the shops.

And there are other, smaller, freight transport options out of Ukraine for grain export if access to Black Sea ports continues to be blocked. The Danube River, whether in Ukraine or neighbouring Moldova or Romania, could be one option.

Throughput at Moldova’s Giurgiulesti Port on the Danube has already doubled in 2022. Another possibility might be supporting improvements to road and rail exports to help carry more freight overland.

In the southern and eastern Mediterranean (SEMED) region where the EBRD also works, meanwhile, all countries rely on imports to make enough dietary energy available domestically. The level of reliance on Russian and Ukrainian grain is unusually high.

As the UN Food and Agriculture Organisation’s senior economist, Katya Krivonos, told a panel discussion at the EBRD Annual Meeting in May, Egypt, which has 5.4 million undernourished people, usually sources more than 40 per cent of its calorie imports from Russia and Ukraine.

“Climate conditions in SEMED don’t really allow them to grow grain. In arid countries, the question is how in the longer term to become more food secure, in a more sustainable way. We are looking at ways to help these countries find the commodities that they need,” says Iride Ceccacci, the EBRD’s head of Agribusiness Advisory.

In this region, the Bank is looking at expanding its work on agribusiness and food security beyond its current focus on the private sector to support SEMED countries to secure import of grains in this context of unprecedented high prices.

In Tunisia, 50 percent of all food calories are imported. Jordan imports approximately 90 percent of wheat and barley, which are essential staples and water intensive crops to produce. Morocco, which is generally less reliant on imports, is facing one of the worst droughts in decades.

“People in SEMED are very frustrated that they came out of the COVID-19 pandemic, having coped with it with a lot of resilience, and were looking forward to some positive growth.

But instead, they’re now getting this massive new hit, mainly through high food prices but also through high energy prices, which affect fertiliser prices so will also have an impact on domestic food production,” says Heike Harmgart, Managing Director, SEMED, at the EBRD.

She adds: “Now middle-class people in Egypt are buying less meat because food price inflation has been so high in the supermarket. And governments are worried because high food prices were one of the triggers of the Arab Spring in 2011, and there’s a very clear connection between political unrest and high bread prices”.

“What everyone wants to avoid is social unrest. The EBRD has been working on urgent food security response projects to support SEMED countries, with a first transaction now Board approved for Tunisia. These investments include technical assistance designed to promote sustainable solutions for grain supply chains in the region.”

Gérald Theis, Chairman of CereMed UK Ltd, a big grain trader, vividly describes working first with the supply problems of the Covid era, which raised prices and the threat of protectionism, and then the war on Ukraine, which began on 24 February.

Asked what his sense was of where food security was heading next season, he replied: “I’m sorry to say I don’t know, if we speak about long-term. Today I would say a day is like a month used to be before. Nobody knows when this war will end or how it will end.”

“Even if it stopped tomorrow, we traders don’t think that things will go back to normal – there are too many issues with logistics, broken bridges and railways, silos and sanctions. In this environment, we believe prices will stay at a high level and it’s going to be extremely volatile.”