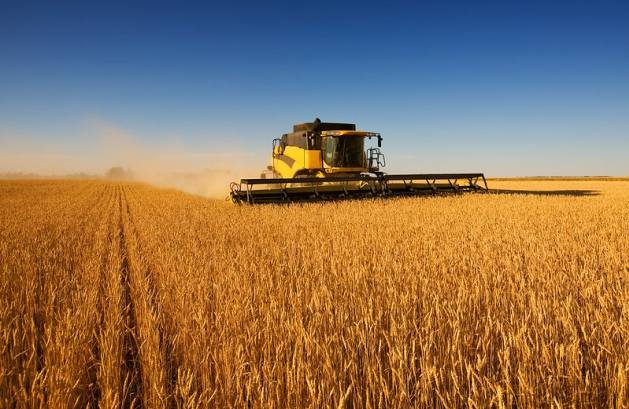 Food and energy prices have increased to their highest levels in decades. And 62 new food billionaires have been created. Credit: Bigstock.

Like the legend of the Four Horsemen of the Apocalypse, the modern ones are a mix of combined causes: inequality; speculation; indebtedness, and the crushing impacts of climate emergency.

Further to IPS article: Inequality Kills One Person Every Four Seconds, explaining how deadly inequality is and how it contributes to the deaths of at least 21,300 people each day—or one person every four seconds.

And also to its story reporting on how Inequality Tightens Its Grip on the Most Vulnerable, a number of key facts emerge from the accurate findings of one of the major bodies devoted to the fight against inequality: Oxfam International.

Here are some of the major findings of is May 2022 report Profiting from Pain, elaborated by this global movement of people working together with more than 4,100 partner organisations, allies, and communities in over 90 countries:

Speculation is the likely engine moving the world’s markets, which is driven by the dominating neoliberal economy.

COVID-19 hit a world that was already deeply unequal, adds Oxfam. Decades of neoliberal economic policies have ripped away public services into private ownership and have encouraged the move toward massive concentration of corporate power and tax avoidance on a huge scale.

“These policies have worked to deliberately erode workers’ rights and reduce tax rates for corporations and the rich. They have also opened up the environment to levels of exploitation far beyond what our planet can bear.”

As COVID-19 spread, Central Banks injected trillions of dollars into economies worldwide, aiming to keep the world economy afloat, the report goes on. This was essential because it prevented a total economic collapse.

“Nevertheless, in turn, it dramatically drove up the price of assets, and with this the net worth of billionaires and the asset-owning classes. An enormous increase in billionaire wealth has been the direct by-product of this cash injection.”

The monopolies of food, energy, pharmaceutical, and technology

On top of soaring billionaire wealth, during the pandemic there has also been a profits bonanza in the food, energy, pharmaceutical, and technology sectors, says Oxfam, adding that corporate monopolies are particularly prevalent in these sectors, and billionaires who own large stakes in companies within them have seen their wealth balloon even more.

“Meanwhile, excessive corporate profit and power are contributing to price rises; in the USA, for instance, it is estimated that expanding corporate profits are responsible for 60% of increases in inflation.”

The UN Global Crisis Response Group has recently referred to the “blanket energy subsidies”. In fact, Politicians Subsidise Fossil Fuel with Six Trillion Dollars in Just One Year. And they are set to increase the figure to nearly seven trillion by 2025.

“While blanket energy subsidies may help in the short term, in the longer term they drive inequality, further exacerbate the climate crisis, and do not soften the immediate blow of the cost-of-living increase as much as targeted cash transfers do,” said the report’s author George Gray Molina.

The report shows that “energy subsidies disproportionately benefit wealthier people, with more than half of the benefits of a universal energy subsidy favouring the richest 20% of the population.”

“As the war in Ukraine continues to rage, skyrocketing energy prices are compounding an existential cost-of-living crisis for hundreds of millions of people,” on 3 August 2022 warned the UN Secretary-General’s Global Crisis Response Group (GCRG) on Food, Energy and Finance.

“The combined profits of the largest energy companies in the first quarter of this year are close to $100 billion. I urge governments to tax these excessive profits, and use the funds to support the most vulnerable people through these difficult times,” he said.

Global debt is borrowing by governments, businesses and people, and it’s at dangerously high levels. In 2021, global debt reached a record $303 trillion, according to the Institute of International Finance, a global financial industry association.

This is a further jump from record global debt in 2020 of 226 trillion US dollars, as reported by the International Monetary Fund (IMF) in its Global Debt Database, which explains that this was the biggest one-year debt surge since the Second World War.

An article produced as part of: World Economic Forum Annual Meeting specifies that low-income countries and households suffer the most from high debt levels, experts warn.

External debt is the portion of a country’s debt that is borrowed from foreign lenders through commercial banks, governments, or international financial institutions, they explain.

The world’s dangerous climate emergency did not start with the war in Ukraine on 24 February 2022.

In fact, it began long decades ago and has been the focus of the world’s scientific community, whose strong and loud alerts did not have the required echo in the so many successive, highly expensive summits and meetings.

One of the harsh consequences of the human-made climate catastrophe is drought. In fact, drought is now pervasive in all regions, including the most industrialised ones, leading to a great loss of harvests, thus less food supplies, mounting markets’ speculation.

All this in addition to the dominating profit-making system of intensive farming, industrial mono-cultures, distribution chains, forest depletion for more farming, livestocks for meat business, etc.