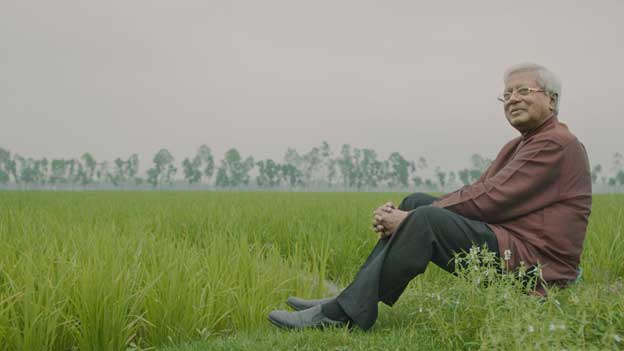 Sir Fazle Hasan Abed, the founder of BRAC and “one of the unsung heroes of modern times,” according to Nicholas Kristof of The New York Times, authorized his own biography before dying of brain cancer in 2019. Author Scott MacMillan wrote Hope Over Fate based on hundreds of hours of interviews with Abed and his friends, family and co-workers. Credit: courtesy of BRAC

Redding Conn, USA, Aug 1 2022 (IPS) - About seven years ago, I started working on a project with Sir Fazle Hasan Abed, the founder of BRAC. It was originally supposed to be a memoir: the story of Abed, the mild-mannered accountant who would rid the world of poverty, as told by the man himself. I was privileged to be Abed’s speechwriter for the last several years of his life, and I would sit for hours listening to stories from his remarkable life: of his boyhood in British India, his love life in London in the 1960s, his three marriages, and how, in 1972, with a few thousand pounds from the sale of his flat in Camden, he launched a small nonprofit organization to aid refugees, originally called the Bangladesh Rehabilitation Assistance Committee. Many people would go on to call BRAC, which Abed led until his death in 2019, the world’s most effective anti-poverty organization.

That seemed like a story worth telling in full, and after some coaxing, Abed gave me permission to begin ghostwriting his autobiography. He was an exceptionally private person, however, and cringed at anything with a whiff of self-promotion. “You have me pontificating!” he once scolded me after an early draft of one speech.

I was about halfway done with his memoir when he told me to stop. The story, as I had written it, did not feel right coming from him. He much preferred to let BRAC’s work speak for itself—which may explain why so few people outside his native Bangladesh knew who he was or the magnitude of what he had accomplished.

Abed eventually came around to the idea that his story needed to be told by someone, even if it would not ultimately be him. He asked that I use the material I had gathered to write the book myself, in my own words—which I did, even knowing that many of those words would fall short of the task. The book, Hope Over Fate: Fazle Hasan Abed and the Science of Ending Global Poverty, is released today by Rowman & Littlefield.

Abed told stories, but he was not a good storyteller in the typical sense. He did not sprinkle his speeches with anecdotes of the “ordinary” people he had met, as politicians sometimes do. He was an accountant, and for him, numbers told stories.

So here is the story he would tell of his native Bangladesh—no names or faces, just a chorus of statistics. At the moment of its independence in 1971, Bangladesh was the world’s second-poorest country, with a per capita GDP of less than $100, a nation of sixty-six million living on a patch of flood-prone land the size of Iowa. One in four children died before their fifth birthday. As late as 1990, the country still had one of the highest maternal mortality rates, at 574 per 100,000. 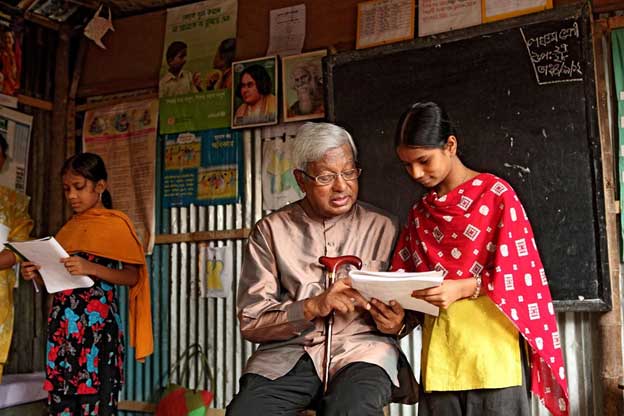 In the 1990s, however, things began to change, rapidly and almost miraculously. Quality of life improved at a historically unprecedented rate. By 2013, under-five mortality had plummeted to just 40 per 1,000 live birthdays; maternal mortality had dropped similarly. These and other changes constituted “some of the biggest gains in the basic condition of people’s lives ever seen anywhere,” according to The Economist.

People standing up for themselves

What happened? Abed’s work had much to do with it. BRAC trained and mobilized people, giving them a sense of self-worth that many had never felt before. They began standing up for themselves against landlords, corrupt government officials, and imams opposed to women’s rights. Often, he found what people really needed was hope—a sense that, with a modicum of outside help, their fate could be in their own hands.

His methods were varied and novel. Incentive-based training gave health information to mothers so they could save their own children’s lives. Women took small loans from BRAC to buy cows and handlooms, the first time they had owned anything of substance. Since they had nowhere to sell the milk and fabric they produced, Abed built up the dairy and textile industries by launching enterprises that bought the women’s goods. These enterprises, owned by BRAC, turned out to be profitable, so he plowed the money back into the poverty programs. Abed also launched fifty thousand schools, plus a commercial bank and a university. BRAC now likely reaches more than one hundred million people in about a dozen countries in Africa and Asia. No other nonprofit or social enterprise has reached such scale.

Yet Abed was no ascetic, self-abnegating Gandhi. He left the office at a reasonable hour and enjoyed coming home to the comforts of domestic life, to the sound of family and the warm smell of spices from the kitchen. Twice a widower, he told me of his loneliness between his marriages, and how, despite his preoccupation with work, he found it hard to return to an empty house.

The science of hope

How, then, did he do it? Remarkably, Abed would sometimes say that BRAC had done relatively little to help Bangladesh rise from the ranks of one of the poorest nations on earth. It merely created the enabling conditions: it was the poor themselves, especially women, who worked tirelessly, once those conditions were in place, to change the conditions of their lives.

I suspect this is why he thought his own story did not deserve so much attention, especially compared to the millions of women who had long labored on the fringes of society, who would one day, in his words, “be their own actors in history, and write their own stories of triumph over adversity.”

So this is the biography of a man, yes, but it is also the biography of an idea—the idea that hope itself has the power to overcome poverty. Near the end of his life, Abed spoke of “the science of hope”—the study and practice of giving people a sense of control over their own lives. “For too long, people thought poverty was something ordained by a higher power, as immutable as the sun and the moon,” he wrote in 2018. His life’s mission was to put that myth to rest, which is why the story of Abed is the story of the triumph of hope over fate.

Scott MacMillan is the author of the Hope Over Fate: Fazle Hasan Abed and the Science of Ending Global Poverty (Rowman & Littlefield), from which this is adapted.
This excerpt is adapted by permission of the publisher. The book is available now from major retailers.