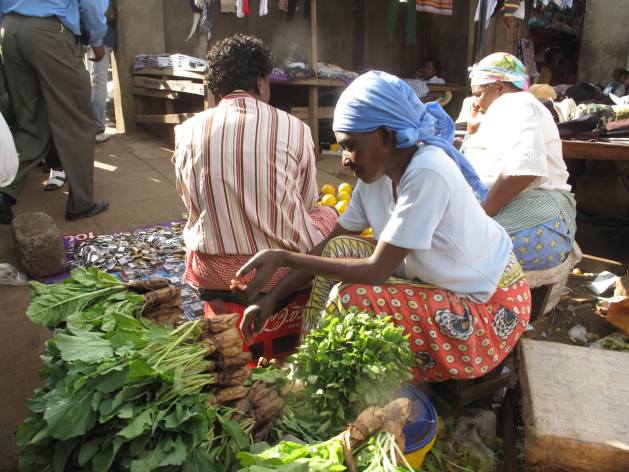 African leaders must recognise the enormous potentials of the continent’s informal workers and begin to integrate them better into their city-building visions and strategies. Credit: Suleiman Mbatiah/IPS

Aug 18 2022 (IPS) - African leaders are increasingly aspiring to “modernise” their cities. That is to make them “globally competitive” and “smart”. The hope is to strategically position cities in Africa to drive the continent’s much-needed socio-economic transformation.

But these aspirations tend to marginalise and antagonise the informal sector. The sector encompasses the suite of economic activities by workers and economic units that are – in law or in practice – not covered (or insufficiently covered) by formal arrangements.

We are a team of international scholars researching sustainable cities in Africa. In our latest paper, we explore the dual role played by the informal sector in Africa’s urban economy. On the one hand, it plays a positive role. It provides employment, securing household income and savings, provides household basic needs and boosts civic engagement.

Clearly, the informal sector oils Africa’s urban economy in many important ways. This makes it highly unlikely that any visions of transforming lives on the continent can succeed without taking the sector into adequate account

But the sector also plays a negative role. It contributes to social and gender inequality, insecurity, congestion and pollution.

Overall, we found that the informal sector has a lot to offer the future of African cities. We therefore recommend that public policy focuses more on regularising the sector, instead of displacing it. This is often done to make way for elitist big capital projects.

Also, we warn that ignoring or marginalising the millions of people whose livelihoods depend on the sector could spell a social bloodbath on the continent.

The ‘smart cities’ craze in Africa

There has been a resurgent interest in building so-called “smart”, “modern”, “globally competitive” cities in Africa. Some are seeking to build entirely new cities. But, for the most part, most governments want to put cities on the “map” through large-scale redevelopment or by “modernising” existing city districts.

African cities have long been blamed for not serving as engines of growth and structural transformation as their counterparts did during Europe’s Industrial Revolution. This makes it refreshing that leaders on the continent are seeking to turn things around.

The problem, however, is that these visions of city modernisation tend to heavily marginalise and antagonise the informal sector in their design and execution. Some even have a strong focus on displacing informal workers and activities – particularly hawkers and hawking, slum dwellers and slum settlements – from the central business districts of the cities.

For instance, early this year, the authorities in Nigeria sent a combined team of police, military and other law enforcement officials to destroy a Port Harcourt informal settlement that housed some 15,000 families.

Their counterparts in Ghana are currently conducting similar exercises.

These decisions are often justified on the grounds that informal workers and their activities generate “congestion”, “crime”, “filth/grime”, and “disorderliness”.

In other words, they impede sustainable city-making, and hence, must be eradicated.

But is this premise backed by the evidence? This is the question our team recently interrogated.

We conclude that the informal sector is rather the goose laying Africa’s golden eggs.

We argue in our paper that African leaders must re-think the informal sector as a potential site for innovation and solutions.

Consider its employment creation potential for instance. In 2018, a study by the International Labour Organization (ILO) found that the informal sector employs some 89.2% of the total labour force in sub-Saharan Africa if agriculture is included.

The informal sector also makes other important contributions to Africa’s economy. In 2000, the gross value additions of Benin, Burkina Faso, Senegal and Togo’s informal sector (including agriculture) hovered around 71.6%, 55.8%, 51.5%, and 72.5% of the countries’ total GDPs.

The sector’s contribution to housing too is substantial. The most notable form of informal housing, popularly called “slums”, provide accommodation to millions of urban dwellers on the continent.

Clearly, the informal sector oils Africa’s urban economy in many important ways. This makes it highly unlikely that any visions of transforming lives on the continent can succeed without taking the sector into adequate account.

More importantly, the millions of working-class people whose lives depend on the sector have shown consistently that they won’t take their continuing marginalisation lying down. They frequently resist eviction orders.

Perhaps, their most profound moment of resistance was witnessed at the height of the COVID pandemic.

Many African governments imposed lockdowns to limit community transmission of the virus. However, after subjecting informal workers to extensive brutalities, they still refused to comply, forcing many governments to suspend the lockdowns. The pandemic has shown that the continuing systematic marginalisation of informal workers in city-making heralds more trouble for the future.

Informality at the heart of city-making

The issue is not that city authorities must allow informal workers and activities to go unchecked. They clearly have a responsibility to deal with the problems in the sector to ensure the security and health of the public. This includes the informal workers themselves.

The problem with current approaches is that they largely dispossess the workers and displace them to make way for big capital projects which serve the needs of a privileged few.

African leaders must recognise the enormous potentials of the continent’s informal workers and begin to integrate them better into their city-building visions and strategies.

The Zabbaleen had long been neglected for so-called “formal” private companies which, however, continued to prove inefficient and structurally unable to navigate the narrow streets of several neighbourhoods of Cairo.

When Cairo authorities finally recognised that the Zabbaleen are better suited for the job, they changed course and brought them onboard. The emerging evidence suggests that the change is paying some fruitful dividends in improved sanitation.

Cairo’s progressive example paints a powerful image of how the capabilities of informal workers could be seriously incorporated and integrated into building African cities. Hopefully, more of such interventions will be replicated in other sectors of the continent’s urban economy.

Dr Henry Mensah and Professor Imoro Braimah of KNUST’s Centre for Settlements Studies, and Department of Planning contributed to the original article.