By Zia ur Rehman Reprint | | 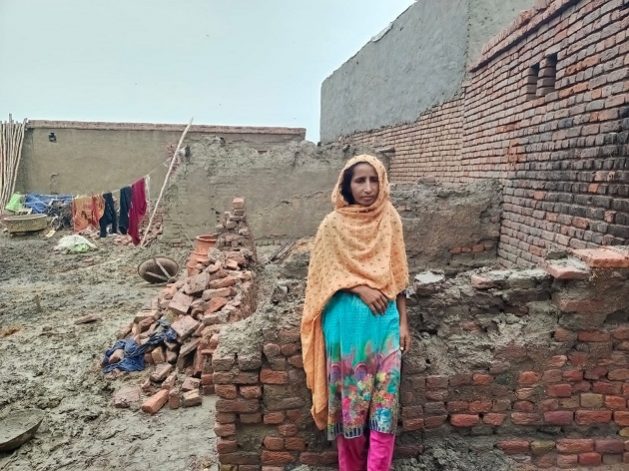 ISLAMABAD, Pakistan, Sep 1 2022 (IPS) - Pakistan has been going through the worst time of its recent history due to unprecedented colossal monsoon rains and devastating floods. The current floods would have been expected less than once a century, but climate experts claim that what we are seeing today is just a trailer of what’s in store for us if we don’t pay heed to climate change. More than 112 districts are currently afffected and around 30 million people; their property and land are totally devastated. Across the country, where hundreds of thousands of cattle died due to the Lumpy Skin Disease, now more than 727,000 have perished due to floods and rains. The number is increasing rapidly.

We were in the countryside conducting a study on the rights of women farm workers, when the Monster monsoon hit the country. We had to cut our field mission short and we are now relatively “safe” here in Islamabad, busy organising emergency relief and rescue operations.

Pakistan and its people are paying the costs of what they are not responsible for. For the past 20 years, Pakistan has consistently ranked among the top 10 most vulnerable countries on the Climate Risk Index. We are facing such climate change aggression and devastation while contributing only 0.8% of greenhouse carbon emissions to global warming. We are squeezed, geographically situtated between titans China and India, who are the top two emitters of greenhouse gases. This impacts the glaciers of the Himalaya. In Pakistan, our 7253 glaciers – more glaciers than almost anywhere on Earth – are melting faster than ice-cream in the sun due to climate change. Since the whole country is situated in the downstream of the Hamalaya, heavy floods have become the norm. To this scenario, you need to add flawed developement interventions, absence of rule of law and the lack of policy priorities towards the management of “everyday” disasters. This results in risks being left undone instead of being treated as full-fledged national security emergencies.

Today, the horrific scale of the floods are not in doubt, but the catastrophe is still unfolding. Rehabilitation and reconstruction activities need to be initiated immediately. Pakistan is already facing food insecurity due to this manmade disaster. In the long run, this crisis will increase poverty, inequality and economic instability in the country if we – supported by the world at large – fail to respond quickly.

Being part of a civil society network I see with my own eyes how civil society is vehementally engaged in rescue, relief and emergency activities through local resources and philanthropic initiatives. The international community and INGOs have not yet initiated their field operations. Although the government has officially appealed for the support of the international community and has levereged restrictions, the intensive regulatory frameworks are still working against rights based NGOs.

I have a message for the international community. Please support flood affected communities as early as possible. Local civil society needs to be strengthened and financed as well, as they are on the frontlines, they are the first reaching affected communities. In the future, there needs to be serious investments on addressing the impacts of climate change, particularly in vulnerable countries such as Pakistan, where climate change adaptation mechanism and infrastructure support should be mainstreamed. Now they are at the periphery, and it shows.