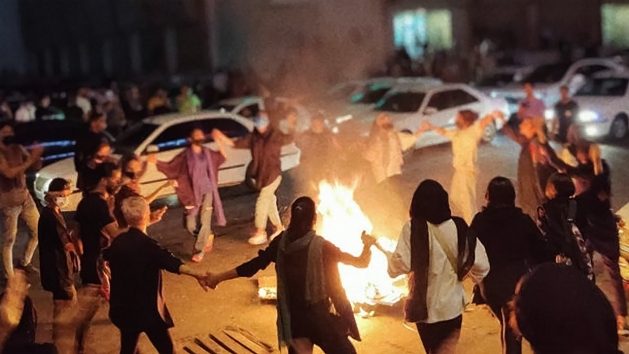 A group of young women dance and burn their hijabs during a protest in Iran's Bandar Abbas. Credit: social media

COPENHAGEN, Oct 25 2022 (IPS) - It’s been over a month since Bayan, a 30-year-old Persian language teacher, last left her home in the Kurdish city of Piranshahr, 730 northwest of Tehran. Her parents believe they must protect her from what might happen to a protester in Iran.

Thousands of young women and men have been chanting “Women, Life, Freedom” in the Iranian streets since mid-September. However, there are many more Iranian women nobody has seen so far among the protesters. Like Bayan, many yearn for freedom without being able to leave their family homes

“I told them that I am ready to die now in this fight rather than languish to death in this country,” this woman tells IPS over the phone. Like the rest of those interviewed from the Danish capital and who live inside Iran, she doesn’t want to disclose her identity for fear of reprisals. Her family, she adds, are afraid of detention, torture and especially the possibility of being subject to sexual violence by security forces inside detention centres.

After the tragic death of Mahsa Amini -the 22-year-old Iranian Kurd died in police custody after she was detained in Tehran for “inappropriate attire”-, thousands of young women and men have been chanting “Women, Life, Freedom” in the Iranian streets since mid-September. However, there are many more Iranian women nobody has seen so far among the protesters. Like Bayan, many yearn for freedom without being able to leave their family homes.

It’s doubtless easier for the men. Despite the brutal anti-riot forces’ crackdown, Soran, Bayan’s younger brother, says he has joined almost every protest in the city. His parents have been warning him of the possible consequences too, but they can’t stop him from leaving the house.

“I tried to convince my parents to let my sister join me, but they wouldn’t allow it. So we found a safer way to participate,” the 24-year-old Kurd tells IPS. They have worked together on a list of contacts of many journalists outside of the country.

“My brother goes out to join the protests and also gather news. I contact the journalists from the list to let them know what´s going on here: I send them videos, pictures and the name of those we think have been arrested by security forces,” explains Bayan. “I hope what I do helps somehow.” 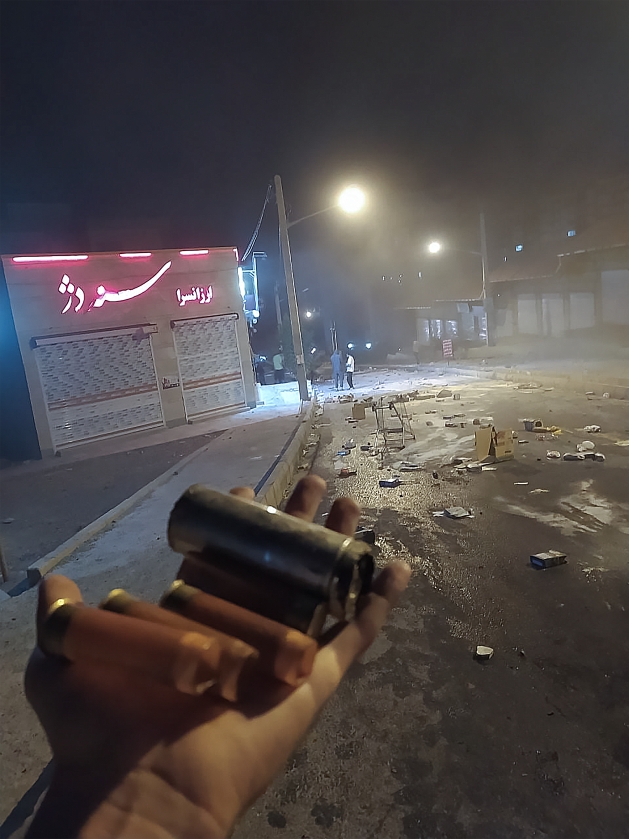 According to the state news agency IRNA, more than 1000 people including journalists have been arrested across Iran, but the actual number is estimated to be much higher.

There has been no official data on the number of detainees in Iran’s recent protests, In its October 18 report, The United Nations warned about “mass arrests of protesters,” including the detention of at least 90 civil rights activists, human rights defenders, lawyers, artists, and journalists.

Iranian journalist Niloofar Hamedi is among those captured. On September 16, Hamedi gained access to Kasra Hospital in Tehran, where Mahsa Amini was being treated following her detention by the morality police. Hamedi would later publish a photo of Amini’s parents hugging and crying in the hospital. The picture quickly spread along with Hamedi’s reporting on Amini’s death, something which eventually spiralled into nationwide protests

In the country’s capital Tehran, Neda, a 38-year-old mother of two also does her bit. Since the very beginning, she has sheltered dozens of protesters who were chased by security forces and needed a place to hide.

“It first happened on the second night of the protests in Tehran. A group of six young women and men were slamming the door asking for help as police were chasing them in the streets. It was before midnight. I opened the door as fast as possible and closed it even faster. The kids woke up and we were all in a panic. I got so emotional that I cried and hugged one of the girls. Some of them cried too. I can’t forget their young innocent faces,” the Iranian woman tells IPS over a phone conversation.

Since that night, Neda is always ready whenever there is a protest in their neighbourhood. She delivers food, water, medicines or whatever is needed by the protesters who hide from the anti-riot forces.

“One night, there was a young boy who was shot in his right leg. I called a friend of mine who is a doctor to treat him at my place. We couldn’t risk taking him to the hospital for security reasons.”

Neda says all she wants is to see the end of the Islamic Republic’s power. “I wish to see my kids growing up in a country where there is respect for women, freedom, and equality. I just want to see the fall of this regime with my own eyes.”

However, she finds it difficult to convince her husband to let her leave the house and join the protesters in the streets.

“Everybody expects a mother of two to stay home with the kids. I feel like I am on fire. I stay at home while these young people risk their lives being in the streets. Sometimes I feel so powerless and guilty,” she admits. 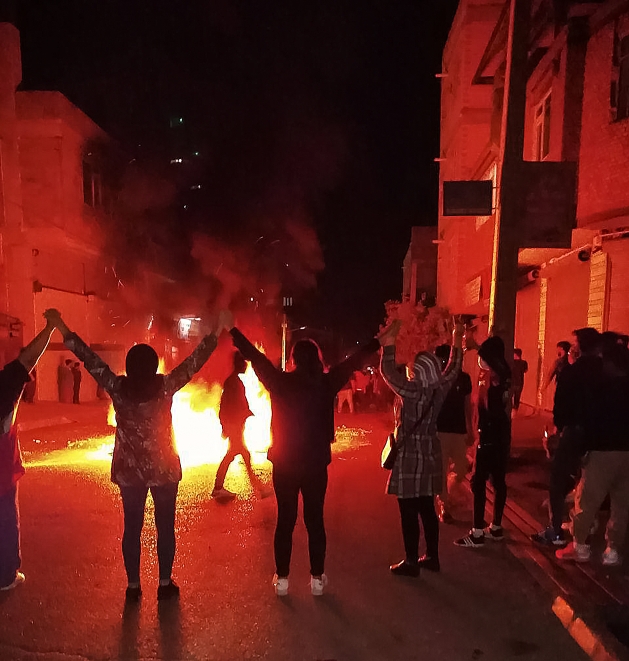 As of October 15, at least 215 people including 27 children have been killed in the protests in Iran, Norway-based group Iran Human Rights reported.

“The reckless state violence which has even targeted children and prisoners, along with the false narratives presented by Islamic Republic officials, make it more crucial than ever for the international community to establish an independent mechanism under the supervision of the UN to investigate and hold the perpetrators of such gross human rights violations accountable,” the organization’s director, Mahmood Amiry-Moghaddam, said in the report.

On October 17, Amnesty International also called on the UN Human Rights Council to hold a special session on Iran “as a matter of urgency” and urged the Council to establish “an independent mechanism with investigative, reporting and accountability functions to address the most serious crimes under international law and other gross human rights violations committed in Iran.”

Iranian authorities have blamed the west for instigating the unrest. “Who would believe that the death of a girl is so important to Westerners?” the country’s foreign minister, Hussein Amir Abdollahian, said on October 15.

Despite the growing crackdown by Iranian security forces, protests keep spreading all across the country thanks to people like 41-year-old Hana. She lives with her husband and their two kids in Bukan, 478 kilometres west of Tehran, in Azerbaijan province. This city of around 200,000 has seen waves of protests and public strikes in the past month. However, she could not join the protesters in the streets.

“I stayed home to take care of the children and my husband went out to protest. He believes that kids need me more than they need him in case of detention, injuries or even death due to the security forces’ brutal crackdown on the protesters,” Hana tells IPS over the phone.

She owns a women’s clothing shop and she has joined all the strikes to show objection to the state. The security forces have broken her shop’s windows and many others in the city as a tactic to force them to end the strike.

“I didn’t give up. It’s the least I could do to contribute to the uprising,” says the Iranian woman. “Women, life, and freedom,” she insists, is much more than a slogan.

“It’s a lifetime goal for most Iranian women who have been suffering all kinds of pressure from their families, from society and, above all, from the state and its anti-women laws.”